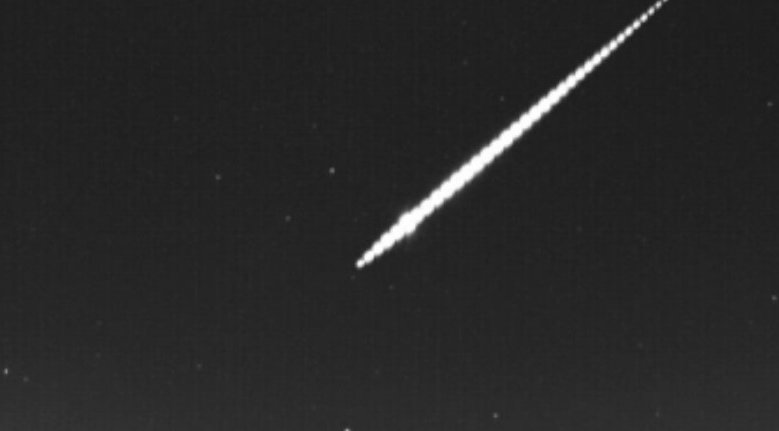 Jose Maria Madiedo, the main researcher of the SMART project from the Institute of Astrophysics of Andalusia (IAA-CSIC), has reported the passage of another fireball through the centre of Spain. This one occurred at around 1.16am, on the morning of Thursday, October 21. It was registered travelling at the phenomenal speed of 237,000kph.

Due to its great luminosity, this fireball was spotted at distances of at least 500km from its path of travel. According to Mr Madiedo, the ball of fire was produced when a fragment detached from a comet as it entered Earth’s atmosphere at high speed.

The bright ball was first observed at an altitude of around 137km over the northeast of Segovia province. At this point, it was almost vertically above the town of Navares de las Cuevas. From there it continued in a southwesterly direction, finally disappearing at an altitude of about 75km above the north of Avila province. Here, it was almost directly above the town of Madrigal de las Altas Torres.

In total, the fireball was visible for a distance of 128km, from its starting point over Segovia, to its end over Avila. It was recorded by detectors of the Southwestern Europe Fireball and Meteor Network (SWEMN Network) operating in the observatories of La Hita in Toledo, La Sagra in Granada, Sierra Nevada in Granada, Sevilla, El Guijo in Madrid, Huelva, and Calar Alto in Almeria.

These detectors work within the framework of the SMART Project, which is coordinated by the Andalucian Institute of Astrophysics (IAA-CSIC). It was developed with the aim of continuously monitoring the sky to record and study the impact against the earth’s atmosphere of rocks from different objects in the solar system, as reported by malagahoy.es.