Only TWO northern white rhinos left on the planet 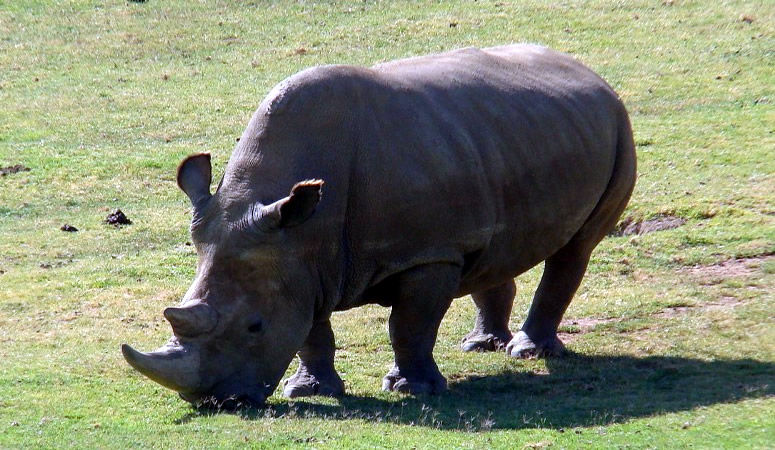 Only TWO northern white rhinos are left on the planet

Only two northern white rhinos are known to exist in the animal world, and both are females. Najin, aged 32, and her daughter, 20-year-old Fatu. There are no known males of the species left on the planet, due to widespread poaching.

Both of these majestic creatures have been in captivity and have been part of a breeding program in an attempt to save what is described by the World Wildlife Fund as the world’s most endangered mammal.

Scientists from Biorescue, on Thursday, October 21, had to make the heartbreaking decision to retire Najn from the program. A spokesman said in a statement, “in a special, in-depth ethical risk assessment, the team has reached the decision to retire the older of the two remaining females, 32-year-old Najin, as a donor of egg cells (oocytes)”.

It added, “This leaves the ambitious program with just one female that can provide oocytes, Najin’s daughter Fatu”.

Multiple, small benign tumors were reportedly discovered in Najin’s cervix and uterus, during recent medical examinations, as well as a 25-centimetre cyst in her left ovary. This led Dr Frank Goritz, the head veterinarian of Leibniz-IZW, and Dr Stephen Ngulu, the Ol Pejeta head veterinarian to believe that this could explain why oocyte collections were not as successful with her as with her daughter Fatu.

“This is why we came to the conclusion that the most valuable role for Najin is to be an ambassador for the conservation of her kind, and to ensure that she can transfer her social knowledge and behavior to offspring in the foreseeable future”, they said.

Najin is the only female left, and she is not able to carry a calf to its full term. The team from Biorescue, led by researchers from the Leibniz Institute for Zoo and Wildlife Research in Germany will now try to implant artificially developed embryos, along with frozen sperm from deceased males, into surrogate mothers of the southern white rhino species.

In a statement, Prof Thomas Hildebrandt, the project head, said, “We are well aware of the fact that we are pushing the boundaries of what is do-able in conservation, and that this requires us to also think about ethical and moral implications. Every procedure of the program is accompanied by a full ethical risk assessment and we are convinced that we should not do anything we could do just because we can”.

Adding, “Developing clear ethical principles based on our knowledge, scientific expertise in animal welfare ethics and decision making, and a vigilance towards societal discourse is a fundamental basis of BioRescue”.

David Ndeereh, the acting deputy director for research at the Wildlife Research and Training Institute, a Kenyan state agency, speaking with Reuters, explained, “We have been very successful with Fatu. So far we have 12 pure northern white rhino embryos. We are very optimistic that the project will succeed”. If successful, the first calf could be born in three years’ time, as reported by dailymail.co.uk.