La Palma ‘A Team’ dog rescuers could be arrested 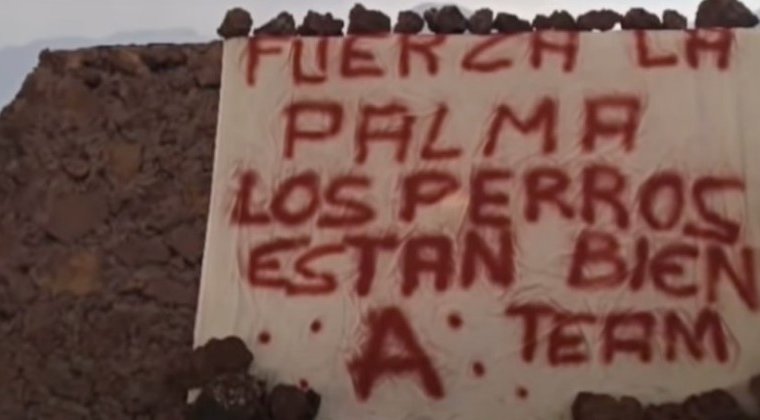 After several dogs had been surrounded and trapped on a farm by the lava from Cumbre Vieja volcano on the island of La Palma, an anonymous group of people calling themselves the “A-Team” took the law into their own hands and rescued the stricken animals.

That was thought to be the end of that particular scenario, but now, it is reported that the judicial police of the Guardia Civil is investigating the incident. After rescuing the dogs, a banner had been left at the scene informing everybody that “the dogs are fine”.

They have reportedly issued instructions for proceedings to be opened against the rescuers. It is believed that they could have violated strict isolation rules forbidding entry, that had been in force in the vicinity of the remote farm where the rescue occurred, thus constituting a crime. It is highly possible that they can also face a fine.

Miguel Angel Morcuende, the technical director of Pevolca,  the Canary Islands Volcanic Emergency Plan (Pevolca), pointed out last Thursday 21, that “everything he had to do” had been done in relation to the dogs and their precarious situation.

Morcuende went on to describe as “despicable” the fact that somebody had decided to bypass the security perimeters. This action not only put the rescuer’s lives at risk, but also those of the possible rescue team that might have had to be called in to help them if it went wrong.

A company from Galicia, Aerocamaras, was also angered by the action, after they had been drafted in to set up a specialised rescue operation by drone. They have now left the island as their presence is no longer necessary, but their bosses took to social media to post irate messages saying how they feel “cheated”, and urged the authorities to investigate and take appropriate action against the rescuers, as reported by laopiniondemalaga.es.