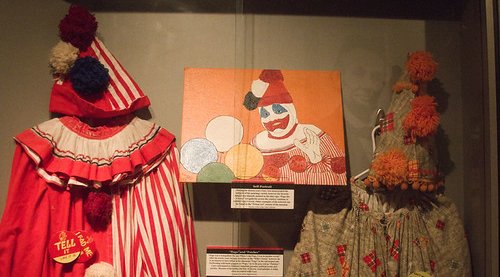 Few serial killers have been as prolific or as notable as Chicago’s ‘killer clown’ John Wayne Gacy. During the 1970s, he was convicted of killing 33 men and burying them in the crawl space under his family home. Not all of the bodies found in the terrible areas under and around Gacy’s property were identified when found during the first police investigation. In 2011, Cook County Sheriff Tom Dart ordered eight bodies without names to be exhumed. This was so the Sheriff’s Office could use more advanced methods of DNA testing to try to identify them. Francis Wayne Alexander is the third person to be identified from this endeavour.

It is thought Gacy killed Alexander between 1976 and 1977, making him 21 or 21 years old at the time. This happened during Gacy’s horrific killing spree that spanned from 1972 to 1978, as far as detectives know. Gacy was executed for his crimes in 1994. The ‘killer clown’ lured young men back to his home for sex by pretending to be a police officer or giving them offers of construction work.

To start the work of trying to identify the John Doe victims, Sheriff Dart asked for saliva DNA samples from families of youngsters who had vanished between 1970 and the eventual arrest of Gacy in 1978. This was so the DNA could be compared to what the officers were able to recover from the bodies. It took only a few months for the first identification to come back as William George Bundy, a 19-year-old construction worker.

The Sheriff’s Office matched the DNA of Alexander’s mother and half-brother to come up with his name. His sister, Carolyn Sanders, sent thanks to the people involved in giving the family closure. It is hard, even 45 years later, to know the fate of our beloved Wayne. He was killed at the hands of a vile man”, she said. “We can now lay to rest what happened and move forward by honouring Wayne.”