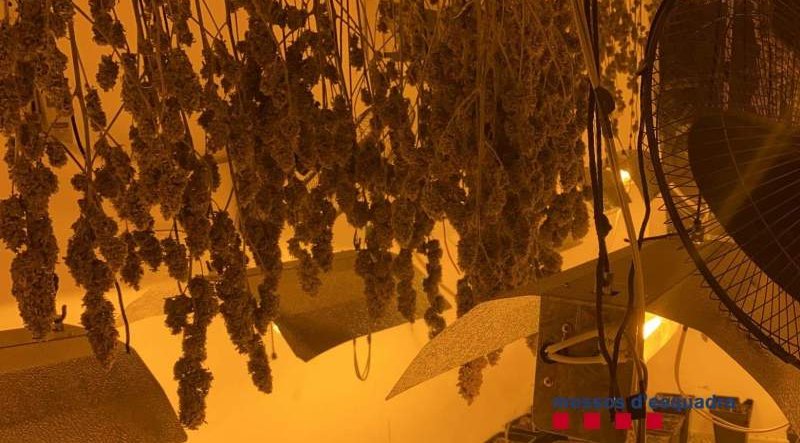 Four police officers arrested for Marijuana trafficking. The Mossos d’Esquadra arrested the officers from Llinars del Vallès, Barcelona, for their involvement in a plot for the cultivation and distribution of Marijuana.

Since the early hours of Tuesday last week, members of the Catalan Corps carried out some thirty searches, among others, in the police offices of the municipality of Barcelona. In the search of evidence linking a connection to police involvement in Marijuana trafficking.

Police sources confirmed to the ABC newspaper, the directive is formed against an alleged network dedicated to the trafficking of marijuana and money laundering, in which several uniformed members of Llinars police service are involved.

The investigation began in December 2019, when a corporal from this Corps was shot and a third officer killed an informant. This event took place when both officers met the informant by accident after they had been despatched to an address in the municipality, to a alleged activity of an criminal organization.

During the attack, the policeman was shot, although his bulletproof vest enabled him to avoid any serious injury. He is now one of four detainees. When asked about the operation, other officers from the Llinars constabulary expressed their surprise, and stressed that they will go to the end “with all the consequences” when they have all the official information about what happened.

Marijuana is the most common recreational drug in Spain, with officers all over the country issuing fines for possession on an almost daily basis. There have been many ongoing investigations to infiltrate and arrest gangs of all nationalities for the cultivation with plans of drying and distributing the plant, a crime known as ‘possession with the intent to supply.’

The worrisome part though, is when those who have sworn to protect us become entangled in this web of illegality. This is not an isolated case where the Mossos d’Esquadro have been shamed by their colleagues’ behaviour towards this illegal substance.

A few weeks ago, Euro Weekly News reported on a similar event where instead of it being the Police under investigation, the Mossos d’Esquadra were the ones under the eye of justice.