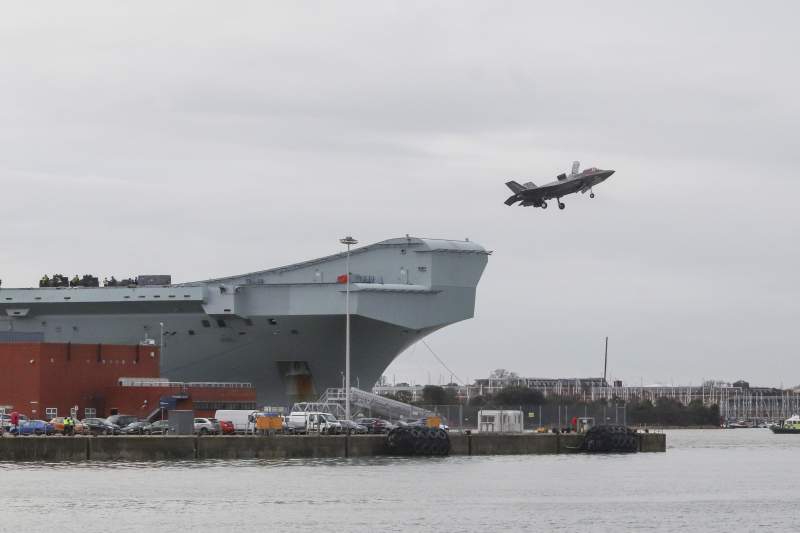 The Royal Navy is still hunting for the wreckage of the £100m jet.

THE crash that caused a British F35 jet, worth around £100m (€119m), to plunge into the Mediterranean on Wednesday, November 17, could have been due to a plastic rain cover being left on during take-off.

According to The Sun, sources say that a cheap plastic cover got sucked in F-35 Lightning’s engine during takeoff from the aircraft carrier HMS Queen Elizabeth.

The jet, which was carrying top-secret technology, was meant to have its covers removed before taking off.

A source said: “The covers and engine blanks are supposed to be removed before flight.

“The ground crew do it and they are incredibly strict. Then the pilot walks round.”

The source said the Navy pilot, who managed to eject safely from the F35, “knew almost right away” and attempted to abort take-off but had to eject due to coming to an end on the runway.

A statement at the time from the Ministry of Defence said: “A British F35 pilot from HMS Queen Elizabeth ejected during routine flying operations in the Mediterranean.

“The pilot has been safely returned to the ship and an investigation has begun, so it would be inappropriate to comment further at this time.”

Later, it was reported that a cheap red cover was spotted in the sea after the fighter jet crashed into the Mediterranean.

The pilot’s parachute reportedly caught on to the ship when he fled the cockpit as he was quite close to it, according to the Sun.

A US Navy salvage crew is leading attempts to recover the wreck to stop Russian submarines stealing its top-secret technology.