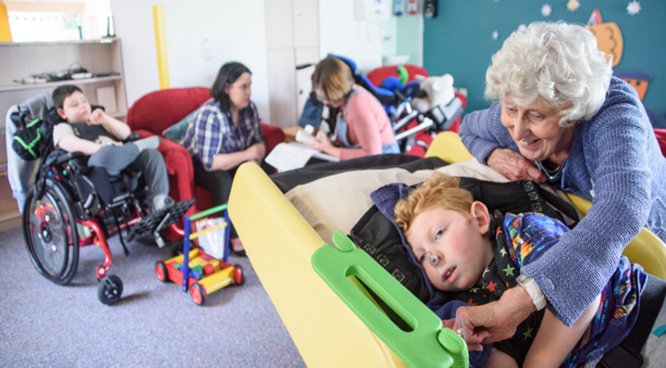 CHARITY Cudeca and TRE radio are joining forces to launch an ambitious 72-hour fundraiser from November 26 to 28 to raise €1 million to create Spain´s first ever children´s palliative care centre.

The Children in Need-style flash fundraiser, named One in a Million and launched in honour of Cudeca founder Joan Hunt, will see the community on the Costa del Sol pull together to hold fundraising events and donate on the charity´s website.
To reach their ambitious target, Cudeca and TRE have also enlisted the help of business sponsors, who have generously agreed to double the donations received from the public.
The funds will be used to create the first ever hospice palliative care unit for children and teenagers in Spain.
In addition to providing an in-patient facility, the money raised will support the organisation and training of a team of professionals to provide home care, day-care and in-patient care for children and teenagers suffering from the life-limiting conditions.
The idea for the campaign and centre was created to form a lasting legacy to Cudeca founder Joan Hunt, who died earlier this year.
TRE Chairman Martin Nathan came up with the idea to do something to honour Joan´s life, joining forces with Cudeca to put into place her wishes to create a children´s palliative care centre.
Martin told the Euro Weekly News: “I got involved because TRE have always supported Cudeca.  When Joan passed away I thought that she was one in a million and decided we should create a one in a million campaign to honour her.”
He added: “Joan wanted her home next to the hospice to be remade into a centre and we thought it could be made into a palliative care unit.
Martin is now calling on everyone to get involved to reach the €1 million target by donating on the charity´s website, and said: “Everyone is going to benefit in Malaga province.”
He added: “This is about children and it´s our version of Children in Need.  It´s children in need of palliative care.
“Everyone needs to not just give themselves but also get their friends involved.”
For more information, or to donate, visit www.oneinamillion.org.es between November 26 and 28.