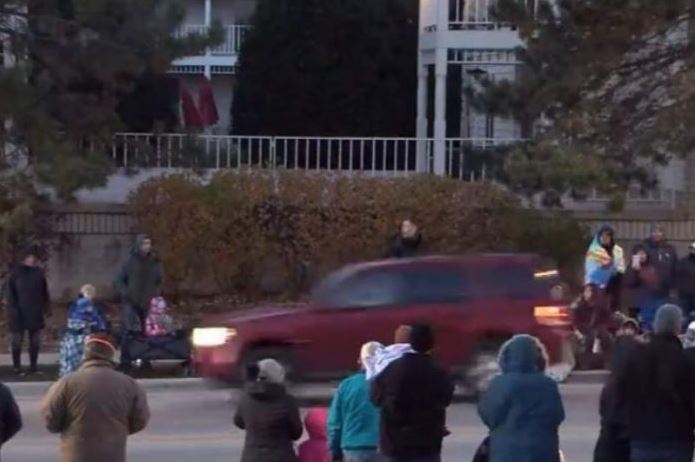 Darrell Brooks’ mum reportedly regrets having posted bail for her son only days before he ploughed into the Wisconsin Christmas Parade. Brooks’ ex-girlfriend has spoken out.

The Christmas Parade tragedy left six people dead and many more injured. Brooks’ ex-girlfriend spoke to the New York Post but wanted to stay anonymous. She has a child with Brooks but he has not been in contact for many years. She maintains links though with his mum, Dawn Woods.

Mum Dawn had posted bail to free her son after he was arrested for assaulting a woman only days before the Christmas Parade incident.

Brooks’ ex-girlfriend told the New York Post how Dawn regrets posting bail. She said: “She’s wrecked that people were killed as a result and she’s like, ‘I’m blaming myself, because had I not bailed him out, this wouldn’t have happened’,”

Brooks has never been there for his son. His ex-girlfriend commented: “He disappeared when my son was almost 3 months old,

“I’ve done all of this on my own, raised my child by myself.

“I was embarrassed enough to have him as the father of my child beforehand, because he wasn’t taking care of him,

“What do you think I am now? Mortified.”

The ex-girlfriend wishes that Brooks was not her child’s father. She commented: “I wish I could replace him as the person I had a son with, but I can’t,

“I am sickened by it, obviously devastated, can’t sleep,

“I’ve been donating and saying prayers and doing everything that I can.

“What’s hurting me more is he shares DNA with my child.”

The ex has maintained contact with mum Dawn. She explained: “She’s always condemned everything that he’s done … even weed possession, she’s never condoned,

Many people have criticised the $5 million bail which has been set for Brooks. One person commented on social media: “Waukesha parade suspect Darrell Brooks facing 5 counts of 1st-degree intentional homicide, held on $5M bail. That is even dumber than the low bail that got him out to begin with.

“He can’t have any bail!! Bail denied!! WTF is wrong with you people?”