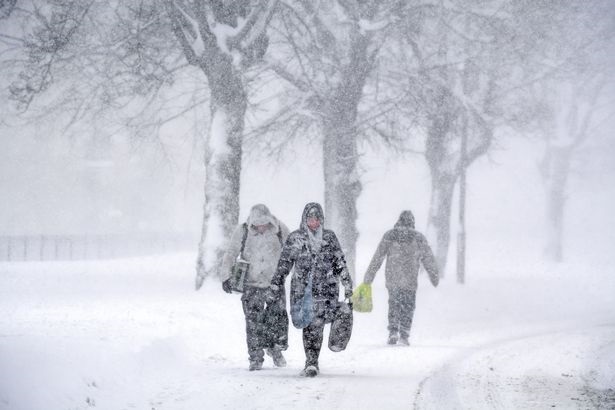 Storm Arwen has already arrived in the Valencian Community, bringing freezing Arctic winds with it. This has even resulted in red warnings for intense snowfall in some areas. AEMET, the State Meteorological Agency has activated the yellow warning that will affect several points of the regional interior for 48 hours, from Saturday through to Monday 29.

For this Sunday 28, it has activated a triple yellow warning, due to the phenomena that the Arwen storm will cause in the provinces of Valencia, Alicante, and Castellon. The latter will probably be the one that is affected most.

For Monday 29, the yellow warnings activated for the Valencian Community are for very strong winds and gusts of between 70 and 80 km/h. These will blow throughout the regional interior from the north of Castellon to the north of Alicante. The majority of the Alicante coastline and the province of Valencia will experience coastal phenomena throughout the day.

In Castellon, the skies could start out cloudy, or overcast, with weak rainfall in the interior. Snow will probably fall between 1,000 and 1,400 metres. In the rest of the regional territory, it will cloudy at first, with intervals of clouds in the afternoon in Valencia, and slightly cloudy in Alicante. Winds will blow from the west, so the thermometers will rise in a generalised way.

For Tuesday 30 there is no chance of rain, with AEMET predicting a spell of at least one week without any rainfall in the Valencian Community. During Tuesday the sky will be slightly cloudy or clear, which will cause the maximums to increase slightly in the regional interior, and the minimums to fall throughout the region, as reported by lasprovincias.es.