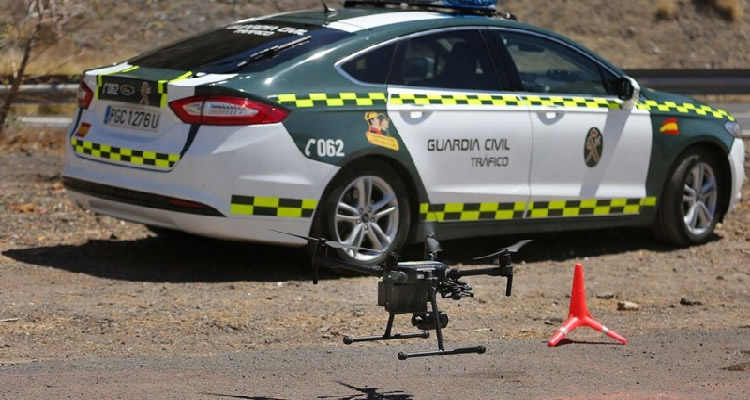 While countries like the USA are seen to be taking the lead on unmanned aircraft, here at home in Spain the Valencian Community is taking the lead. The region is working on a project with UPV (Universitat Politècnica de Valencia) that will see Valencia get Spain’s first aerial drone highway.
What may come as a surprise to many is that the region has already built three drone highways and is currently qualifying secondary roads or corridors. Once in place these will allow the normalisation of drone flights around the community, allowing for a variety of uses including the delivery of medicines. The process is expected to be complete between 2023 and 2025.
A crucial step in this process was agreed this week with the signing of a protocol with Enaire, the company that manages the national airspace. This protocol allows for the integration of the community’s drone highways into the national grid. Interestingly the protocol allows for future development by the inclusion of people in what can be transported using the aerial highways.
The news that Valencia is working on a drone aerial highway and that a protocol has been agreed with Enaire comes soon after European regulations covering the use of drones were approved.
What’s involved?
Setting up aerial drone highways requires both digital and physical infrastructure. Firstly you need to set up the infrastructure needed to monitor, control and police the highway. Once that is in place you need to build the physical infrastructure which importantly includes signage for those using the facility and for those on the ground.
Currently there already three highways in place. The first is a test facility based at Siete Aguas aerodrome, the second goes from there to Castello airport and the third to Mutxamel.
The next phase
New aerial drone highways are currently being built and will include corridors within the city of Valencia. Israel Quintanilla, director of the UPV’s official drone commission, referring to the speed at which cars took over cities he says that “the development of these highways will be very fast”. Continuing he said that “Airbus and Boing have already created two divisions for the integration of transportation gifts.”
The regulations
From January 2023 all drones will be required to transmit their navigational to the service provider that will manage the airspace. Much like the current airspace is controlled, so too will the aerial drone highways.
When will it be in use?
The aerial drone highway is already in use by The Guardia Civil and with medical supplied being transported around the city of Valencia, between the Arnau de Vilanova Hospital and Feria Valencia, during the second wave pf the pandemic. Whereas it would normally take anything from 20 to 30 minutes to deliver by road, the drones were able to accomplish the job within three minutes.
Quintanilla says that “we don’t want people to think that this has all happened by accident. This is planned and we want this to be available for medical use as well as for the delivery of services and goods to private citizens.”
The news that Valencia to get Spain’s first aerial drone highway should come as no surprise with the city a leader in technological development.