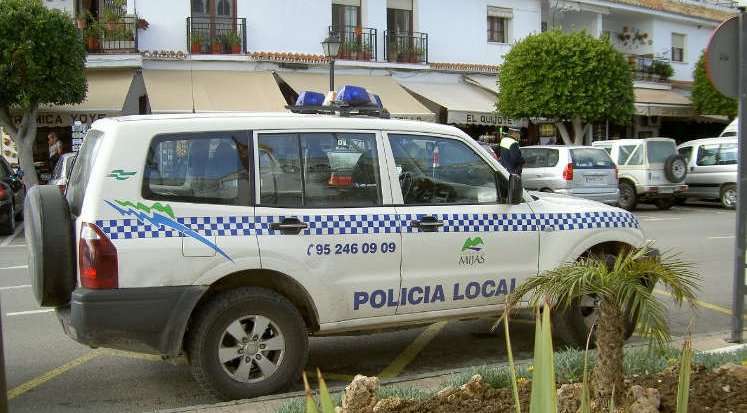 The report of a stolen car in the Malaga municipality of La Cala de Mijas led to a high-speed car chase along the A-7 motorway, ending up near the city of Marbella. This incident occurred last week as investigators from Mijas Local Police were conducting local searches in the La Cala area, following several robberies that had taken place.

During one of these searches, the officers located a suspicious vehicle that could belong to these crimes. They set up surveillance and pretty soon two men emerged from a property, with their faces covered, and got into the vehicle, driving off at high speed.
Information available to the officers led them to believe the driver was driving without a licence, and using fake number plates on his car. Within minutes, a car chase was in motion, with the suspect driver heading onto the A-7 motorway in the direction of Marbella, with the police hot in pursuit.
Once the alarm had been raised, vehicles joined the chase from the Guardia Civil, and patrols from both Marbella Local and National Police. According to police sources, at one point, the suspect vehicle even rammed one of the police vehicles. The speeding car also caught fire, causing its two hooded occupants to flee on foot.
Eventually, a plainclothes National Police unit intercepted the men and detained them. It turned out that the same two men had been arrested a few weeks previously for stealing from storage rooms of one community, and had later been released, as reported by malagahoy.es.