Furious MP Asks Boris Johnson: ‘When Is He Coming For Me?’ 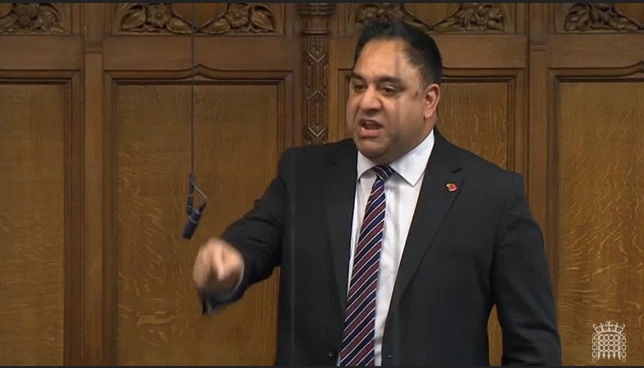 Labour MP Imran Hussain ripped into Boris Johnson today in a discussion over the proposed nationality and borders bill. In the furious debate the MP was heard to ask “When is he coming for me?”

The bill, seen as contentious by many, will in the view of Hussain and others give the government free rein to strip himself and other ethnic minorities like him stripped of their citizenship.

His attack on Boris was met with the usual shouts of “disgrace” from the Tory benches and from Boris himself, who said the comments were “shameful” and that he should look at the Tory front bench today. He asked him to “withdraw what he just said”.

Hussain, the MP for Bradford East said that “My grandfather along with thousands of others came to this country 70 years ago working seven days a week in squalid conditions to help rebuild this country. Yet we now the home secretary’s nationality and borders bill which means that she can revoke our British citizenship and deport us for even the most minor wrongdoings.”

Continuing he said “Given the government and the home office’s horrific track record with the treatment of minorities, the hostile environment and the Windrush scandals, let me ask the prime minister the burning question that is now on the lips of everyone from a BAME background right across the country – When is he coming for me?”

Johnson who is fully supportive of the bill believes that “It helps us to fight the evil gangs who are predating on people’s willingness to cross the Channel in un-seaworthy boats. And I would have thought a sensible Labour Party would support it.”

Opponents of the bill point out Clause 9 – “Notice of decision to deprive a person of citizenship” – exempts the government from having to give notice if it is not “reasonably practicable” to do so, or in the interests of national security, diplomatic relations or otherwise in the public interest.

The change is being proposed despite the power to strip citizenship already existing, having been used against Shamima Begum. Frances Webber, the vice-chair of the Institute of Race Relations, told the Guardian that “This amendment sends the message that certain citizens, despite being born and brought up in the UK and having no other home, remain migrants in this country. Their citizenship, and therefore all their rights, are precarious and contingent.”

Clearly Hussain and others hope that they can defeat the nationality and borders bill in parliament.