Half-price bus and Metro travel for Andalucians aged under 30 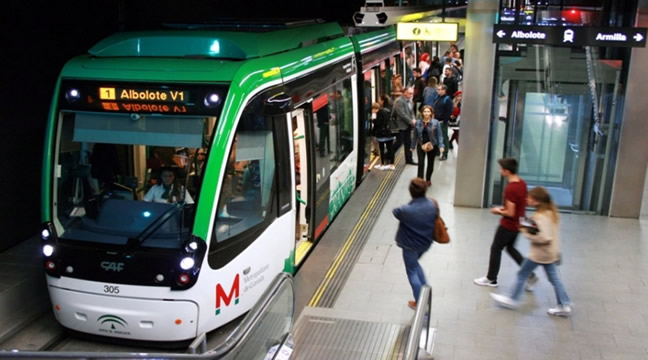 Half-price bus and Metro travel for Andalucians aged under 30

Thanks to the Junta de Andalucia’s new Youth Transport Card, all those aged under 30 will be able to benefit from discounts of between 50 and up to 100 per cent on the price of Metro, bus, tram, and catamaran tickets (in the case of Cadiz).

This was previously spoken of by President Juanma Moreno, during the State of the Community Debate in October. This action brings all of the metropolitan areas of Andalucia together under one umbrella. Around three million Andalucians can benefit from this card in January.
In most cases, it will offer a 50 per cent discount, but large families can get up to 75 per cent. A family with five siblings aged under 30 cant benefit from the special category which offers a 100 per cent discount.
A spokesperson for the Board announced yesterday, Wednesday, December 1, that they are “working to adapt the software, to incorporate these new discounts to the machines and in the design of the card”.
This will enable the card to be ready for online requests in January, by filling in a form on the consortium’s website. It can also be done in person, by presenting the printed form and the original requested documentation: DNI/NIE, registration certificate, and passport-size color photograph.

This will be a physical contactless technology card, which can be collected or received at home, will have the user’s photo, name, and ID/NIE overprinted in order to make it personal and non-transferable. In the case of a person under the age of 30 who is a member of a large family, the card to be issued is the large family card, on which the double bonus will be applied to recharge.

The Board has invested €5.3 million in this initiative, aiming to promote sustainability, and the fight against climate change, through an attractive offer for the majority of users of public transport. The contract for the supply of the cards with contactless technology has already been put out to tender, as reported by 20minutos.es.