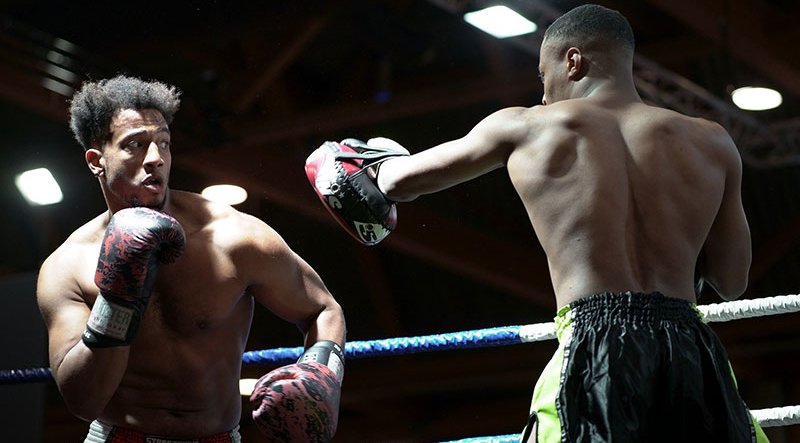 Experienced Alicante boxer Kiko Martinez headed to England at the weekend as an underdog in his world title challenge against home favourite Kid Galahad but returned with the belt following a stunning knockout win. La Sensacion was a rank outsider with the best betting sites across Europe but had no troubles silencing his doubters as well as the army of fans packed into the Sheffield Arena, Yorkshire, on Saturday.

Martinez has enjoyed a professional boxing career spanning 17 years, with his debut as a prizefighter coming in 2004 before a Leganes crowd. Since then, he has carved out a career and earned a comfortable living from boxing. At the age of 35, most fight fans believed we had already seen the best the Spaniard had to offer. How wrong they were.

Kiko ripped the title from around the waist of Galahad and propelled himself up the world rankings. He will now attract the attention of some of the top names in world boxing who will push for a shot at the world title, either in Spain, America or the United Kingdom. A rematch with Galahad is also on the cards. Martinez has options, and it’s nothing short of what he deserves on the back of Saturday’s win.

Martinez made sure of the win

Saturday’s win moved Martinez’s record to 43 wins against ten defeats with two draws. No less than 30 of those wins have come by way of knockout, and he was, again, showing his natural power by catching Galahad. It may have come against the run of play with Kiko losing each of the first five rounds and on track to lose the six.

The fighting pride of Spain was being out-boxed, but that was always in the script. In the United Kingdom, where it is notoriously difficult to win over the scoring judges when facing an English opponent, Team Martinez knew a knockout was their only hope of winning. They’d receive no favours against the local hero, but they didn’t ask for any or need any. Kid is a supremely talented boxer with exceptional ringcraft and an awkward southpaw style. He had lost just one fight from 29 in his professional boxing career, and that was inflicted by fellow Englishman and former world champion Josh Warrington on a majority decision.

A KO was the only way he could win, and a KO was exactly how he did win. Kid was miles ahead on the scorecards approaching the halfway point of a championship bout scheduled for 12 rounds. The Englishman had previously failed to make the championship weight limit, weighing 1lb 1oz over. That may not seem like much in simple terms, but it could work in one of two ways. It could give the naturally bigger man an advantage when the fight takes place 24 hours later, or it could leave Kid drained from his unsuccessful attempt to get under the limit. On fight night, the latter was true.

Galahad started brightly enough, but he was running on empty going into the middle rounds. Martinez spotted this, and with seconds to go in the fifth round, the Spaniard unloaded an almighty right hand that sent his opponent to the canvas. The 60-second break between rounds wasn’t enough for the Englishman to clear his head and, sporting a cut above his right eye caused by a Galahad punch in the third round, Martinez went in for the finish. The challenger knew that he had the champion’s number, and he pushed him back, offloading big shots until referee Steve Gray had no option but to step in and wave the fight off, saving the now former champion from any further punishment.

What’s next for Martinez?

Now that he is champion of the world, what is next for Martinez? He has the belt the world’s top fighters want, and he’s holding all the aces. He can make a defence and further boost his bank balance or put it on the line against another champion in a unification bout, which will also be for a lot of money.

At this stage of his career, Kiko must play it smart. The money made from the Galahad fight and the prize money from his next bout will go towards covering his retirement. That is, of course, if he doesn’t choose to go out on a high and retire as champion of the world, vacating the belt. This is proving to be a thrilling finish to what has already been an impressive career for the Spanish boxer.