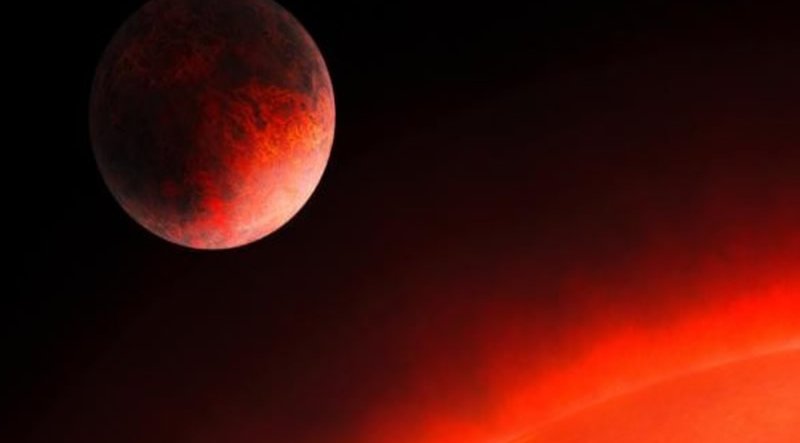 A new planet has been discovered orbiting a red dwarf star about 30 million light-years away from Earth. Christened ‘GJ 367 b’, it is apparently a small, rocky planet, with half the mass of Earth, and is as dense as iron.

This little extrasolar world takes about eight hours to orbit its parent star. With a diameter of just over 9,000km, it is only slightly larger than Mars. The finding shows that it is possible to accurately determine the properties of even the smallest and least massive exoplanets.

An article was published in ‘Science’ on Thursday, December 2, sharing the findings of an international team of 78 researchers. This team was led by Kristine Lam and Szilard Csizmadi, from the Planetary Research Institute of the DLR (German Aerospace Center), located in Almeria, Spain. In their article, they explained the unusual characteristics of this new ‘sub Earth’.

“From the precise determination of its radius and mass,” explained Lam, “GJ 367b is classified as a rocky planet. It appears to have similarities to Mercury, which places it among the terrestrial planets smaller than Earth, and takes research one step further in the search for a second Earth”.

‘GJ 367 b’ belongs to the group of ‘ultrashort period’ (USP) exoplanets that orbit its star in less than 24 hours. “We already know some of these worlds”, says Lam, “but their origins are currently unknown. But by measuring the precise fundamental properties of the planet, we can glimpse its history of formation and evolution of the system”.

After being discovered with NASA’s TESS space telescope, the researchers thoroughly studied the spectrum of its star. The mass was determined using the HARPS instrument on the 3.6 m telescope of the European Southern Observatory in Germany.

With meticulous study and the combination of different evaluation methods, the radius and mass of GJ 367b were precisely determined. Its radius is 72 per cent of the Earth’s radius, and its mass is 55 per cent of our own planet. The margins of error are 7 and 14 per cent, respectively.

Using these data, the researchers were also able to draw conclusions about the internal structure of the planet. They determined that, despite its small size, it is much denser than Earth. “Its high density – explains Szilard Csizmadia – indicates that the planet is dominated by a large iron core. These properties are similar to those of Mercury, with its disproportionately large iron-nickel core that differentiates it from other terrestrial bodies in the Solar System”.

However, the planet’s proximity to its star means that it is exposed to an extremely high level of radiation, 500 times stronger than what Earth experiences. “The surface temperature – Csizmadia continues – could reach up to 1500 degrees, enough to melt all rocks and metals. Therefore, GJ 367 b cannot be considered a ‘second Earth'”, as reported by abc.es.