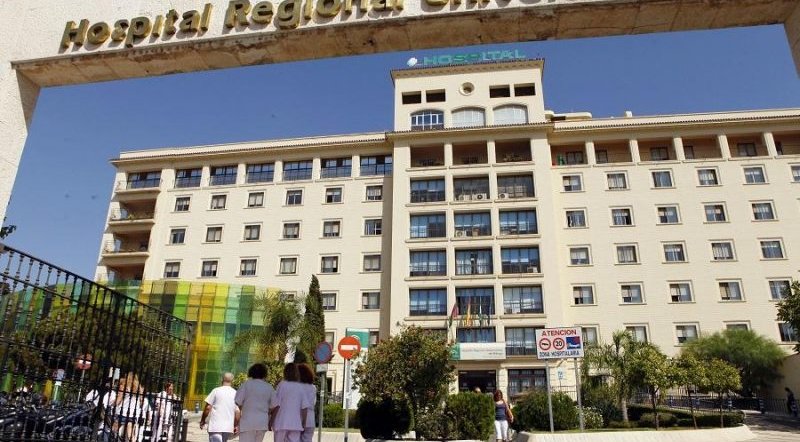 Two new outbreaks of Covid have been detected in Malaga’s Regional Hospital today, Thursday, December 17. The positives were uncovered during preventive screenings carried out by the health facility. The affected departments are those of Gastroenterology, and Internal Medicine.

These latest outbreaks add to the previous one detected yesterday, Wednesday 15, in the Neurosurgery department. An outbreak among the staff of the hospital’s ICU has already accounted for 95 cases, and with these new outbreaks, another 26 are added. This includes 21 patients, and five professionals.
As reported by a hospital spokesperson, most of the cases are asymptomatic, or have mild symptoms. The highest number of positives were detected in the Gastroenterology department, with a total of 15, of which, four are professionals.

Internal Medicine has six cases, of which five are patients, and the other is a hospital worker. Yesterday’s outbreak in the Neurosurgery ward affected five, all of whom are patients who had recently been admitted. The hospital specified that these patients had not originally been admitted for Covid, “nor have they had to be treated for complications in that sense” since they are asymptomatic, or mild.

According to the facility, after the detection of these cases, the hospital proceeded to isolate those patients who have presented a positive PCR. For those whose result was negative, the test was repeated, and all the health professionals in each department were tested. All three outbreaks have been confirmed by Public Health.

With regards to the previous outbreak among 95 ICU staff, the hospital has reported that none of them required admission. Some have already returned to their jobs, “in a staggered manner”, after producing negative test results at the end of their quarantine period, as reported by malagahoy.es.