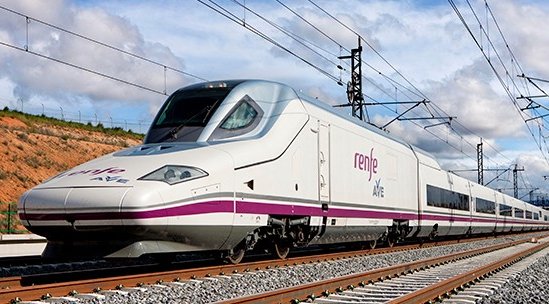 After 20 years of work, six different ministers, four presidents of the Government, and numerous dates and postponements for its completion, the AVE will finally connect Madrid with Galicia this week. The inaugural commercial trip will depart this Tuesday, December 21.

An historic first journey on this route will be chaired today, Monday 20, by King Felipe VI. It will include, among others, Pedro Sanchez, the President of the Government, Yolanda Diaz, the Minister of Labour, and Raquel Sanchez, Minister of Transport, Mobility, and Urban Agenda.

Specifically, the AVE train is due to depart from Madrid at 9.45am, stop in Zamora at 10:49am, and arrive at the A Gudiña-Porta de Galicia station at 11:38am. Alberto Nuñez Feijoo, and Alfonso Fernandez Mañueco, respectively, will join these two points.

In A Gudiña, the King will unveil a commemorative plaque. Afterward, there will be an institutional act in Ourense, at 12:35pm, which will include the projection of a video, along with institutional interventions.

One month ago, the Minister of Transport herself starred in a test run,  together with other authorities and journalists. This marked the inauguration of the section between Pedralba de la Praderia, in Zamora province, and Ourense, which is 119.4km of track.

This section goes through numerous tunnels that on November 22 were travelled through at speeds that touched 300km/h. The project has involved an investment of €2,965 million, and is divided into two differentiated segments: Pedralba-Taboadela, and Taboadela-Ourense.

The first 103.4km crosses the province of Ourense from the border with Zamora, and is the most complex of the entire line from the orographic and geotechnical point of view, comprising 32 viaducts, and 31 tunnels.

Meanwhile, Taboadela-Ourense, 16kn in length, has been conditioned to allow the arrival of high-speed traffic to the capital of Ourense, while the exterior variant of the city is designed and built, as reported by 20minutos.es.