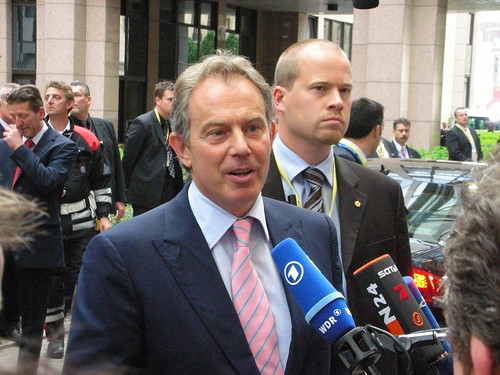 Former Prime Minister Tony Blair has said that those who have refused to get their Covid-19 vaccines are “idiots” as Omicron rages through the UK and around one-third of Londoners still remained un-jabbed. It is thought the lower vaccination rate in the capital could have accelerated the current increase in cases involving Omicron, which now accounts for the majority of cases.

Mr Blair told Times Radio: “If you’re not vaccinated at the moment and you’re, you’re eligible and you’ve got no health reason for not being vaccinated, you’re not just irresponsible, I mean, you’re an idiot. I’m sorry, I mean, truthfully you are.”

While Tory ministers have tried to avoid condemning those who have not yet had a jab and have ruled out compulsory jabs for the population, Tony Blair has gone much further with his opinion.

“This Omicron variant is so contagious… If you’re unvaccinated and you’re in circulation, you’re going to get it and that is going to put a lot of strain on the health service. Almost half the people in ICU are unvaccinated,” the former prime minister added.

“We shouldn’t target these people who are unvaccinated in a heavy-handed way, but we should be trying to go after and persuade them. There may be all sorts of reasons. But honestly, it’s in their own interests – never mind the public interest – for them to get vaccinated.”

Despite the softer approach the Conservatives had previously gone for, Health Secretary Sajid Javid did say this week that unvaccinated people “must really think about the damage they are doing to society. He added that they “are really having a damaging impact and I just can’t stress this enough, please do come forward and get vaccinated.”

Tony Blair spoke of the ‘gamble’ Boris Johnson is taking by waiting until after Christmas to introduce new restrictions. He said: “It’s a gamble what the government is doing. If you were taking a purely precautionary view of this you would impose further restrictions. Probably quite draconian restrictions.

“But I think A: The public’s just been through too much, and B: You’ve got too many different categories of people for the blunt instrument of a lockdown really to work in the way that you want.”