Carrie Johnson is being wooed by Netflix 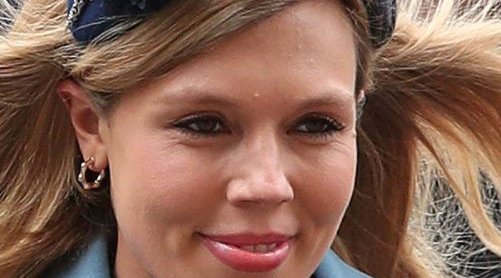 Carrie Johnson is being wooed by Netflix to make a hard-hitting documentary.

33-year-old Carrie Johnson is talking to Netflix about producing a documentary on re-wilding elephants.

The Aspinall Foundation wildlife charity, of which Johnson is the head of communications, is set to relocate 13 animals to Africa. The momentous relocation project will see the elephants moved from Howletts Wild Animal Park in Kent to Kenya. This is a first of its kind operation due to the sheer size of the logistics involved with moving the elephants.

Netflix and other streaming companies are hoping to record the re-wilding and woo both Carrie and boss Damian Aspinall.

Speaking to The Daily Mail a friend of Carrie’s commented: “Carrie’s phone was ringing off the hook after it was announced she was working hard on the project to re-wild the elephants.”

The friend went on to add: “It’s an inspiring story, and she and Damian are such charismatic and passionate people that they are the right people to tell it.”

The elephants will travel around 4,000 miles before finding their new home at a confidential location in Africa. The elephants weigh in at about 25 tonnes each.

It is hoped that a programme on the elephants being introduced into the wild would pave the way for a future program highlighting zoo cruelty.

A source commented: “Carrie and Damian are the perfect pair to teach the world about the horrors of zoos. Watch this space!”

Netflix deals are worth a staggering amount of money and last year Prince Harry and Meghan Markle reportedly walked away with a deal worth an estimated £100 million. The Duke and Duchess of Sussex hope to provide inspirational content and previously commented: “Our focus will be on creating content that informs but also gives hope.

“As new parents, making inspirational family programming is also important to us.”