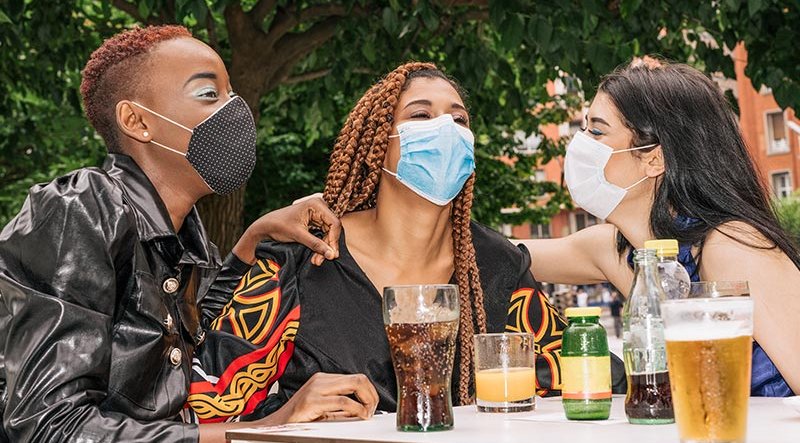 AS a fresh wave of infection sweeps across the globe, a horrible sense of déjà vu is creeping in. Case numbers are rising and whole countries are shutting down just in time to separate people from their family and friends during the festive season. While the need for measures to curb the spread of Covid is necessary, I can’t help but feel that various governments have tunnel vision when it comes to what to do.

My main gripe since the pandemic began has been the short-sightedness of the response. Especially in countries that can choose what path to take, instead of having to scramble to save themselves by any means necessary. In March 2020, England was asked to stay inside for two weeks while the government organised itself into an all-singing, all-dancing testing machine. Or so they said.

Putting aside the fact that Boris Johnson’s sheer arrogance had delayed any kind of response at all until after Coronavirus was well and truly spreading through the community, they then managed to ignore the efficacy of one of the greatest things that the UK still has going for it (just).

The NHS has been the jewel in the crown of the UK for years and had all the provisions already in place to test, trace and track most of the country. Instead, the Tories saw fit to bundle cash to a private company who then failed to deliver what was promised.

And this was just the beginning of similar issues there, and across the world, as governments asked for sacrifice from their population without looking at the bigger picture.

As peaks and troughs of the infection rate came and went, people and small businesses were battered by the waves.

Immunocompromised people were asked to shield indefinitely and forgot about when things started to open again. Businesses with no outdoor space were given no assistance when restrictions meant no one was allowed to sit inside. If you were not in the direct line of sight of ministers (ie, rich enough to hold sway), any help was lost, and people went under the radar and then under the water.

With this strain, the panic is worse, even if the symptoms are not. As I see the mental health of people deteriorate at the thought of another Christmas alone, and the cancellations list grows for friends with small businesses suffering under unclear guidance, I despair.

In Andalucia, we waited for a BOJA to clarify new restrictions right up until the moment it was due to be enforced! People’s health and livelihoods hang on words the government can’t even prepare ahead of time.

While I understand the situation is ever-changing, if thoughts do not turn to the long-term plan of how to escape this merry-go-round with people and businesses intact, there are going to be many more casualties than just those who catch the virus.