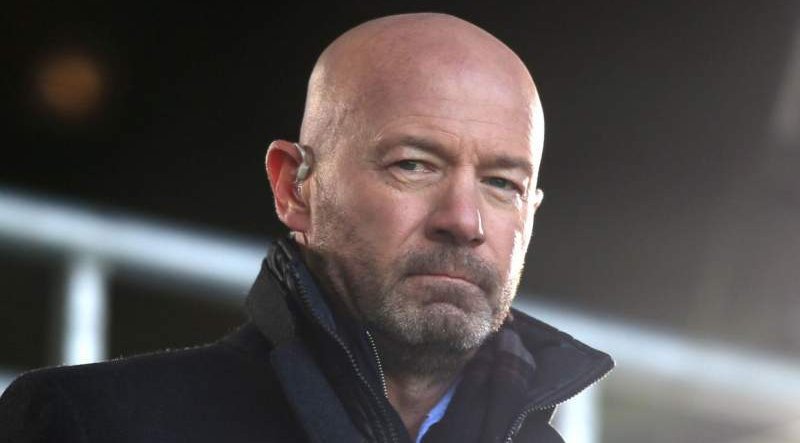 In a bizarre own goal, anti-vaxx protesters try to serve papers on Alan Shearer, but dropped them off at the wrong house. The attempt comes after the ex-football star and TV pundit urged people to get vaccinated in a video promoted by the football league.

The protestors, three men and a woman and the person recording the event, shared a video on social media that showed them gathered outside a gated property. They press the buzzer before one of them posted documents into an external letterbox.

In the video the man who posted the documents says “Everyone is going to get this, every celebrity, sick of yous (sic). Just causing more trouble for us, lies, all lying. That’s the truth in that letterbox there, in Alan Shearer’s f****** house.”

Comments on the group’s Facebook post suggested Shearer no longer lived at the property with a local person who has seen the video saying “That’s an old address they have for him.”

Gary Lineker tweeted about the incident saying: “Wrong house, wrong cause, all kinds of wrong.”

It is unclear what was in the envelope, however it is known that anti-vaxx protestors do share templates of fake legal documents which they then film themselves depositing.

Shearer’s stance led the protestors to the property near Newcastle, which they clearly believe to be his home. In the football league video Shearer says “We all want to keep safe on a matchday and the best way we can protect ourselves and other people is to get vaccinated.”

Shearer is not the first to be served the so-called papers with previous targets including      hospitals and the broadcaster Jeremy Vine.

A prominent Covid legal expert, lawyer Adam Wagner, poured scorn on the anti-vaxxers claim of serving papers saying “It is difficult to overemphasise how spurious it all is. It is wrong and should not be indulged by anyone.”

Continuing he said “this is so far down into the depths of legal fantasy, people should not be doing it, no-one should be sharing it. People who might genuinely have issues with vaccination should not be taken in by this.”

Wagner likened the belief in the legal status of the documents posted “as dressing up as Professor Dumbledore and saying magical spells”.

Whilst these protestors have the right to share their feelings, many believe that stunts like wherein they try to serve papers on Alan Shearer and others are harmful to the health of others.