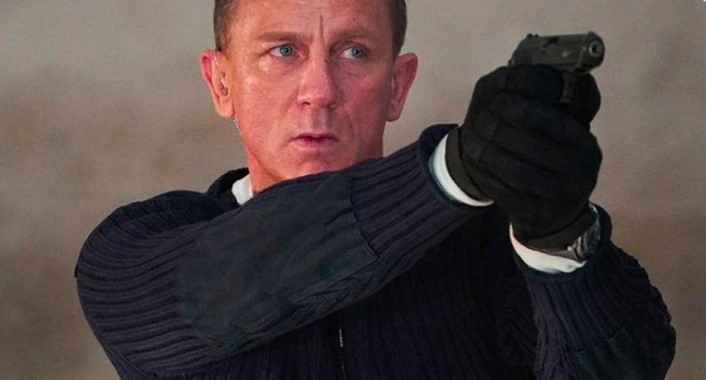 Daniel Craig, the British actor and former James Bond 007 star has blasted Amazon TV’s proposed plans of streaming spin-offs of the famous franchise on its channel. Craig, aged 53, said he believes such a move could eventually spell the end of cinemas.

With the streaming giant in the middle of securing a takeover of the iconic MGM Studios for £7billion, it has hinted at developing 007 spin-offs, similar to those of the Marvel franchise. One hiccup in their plans could be the fact that the British company that owns the rights to and created the Bond films, Eon Productions, is against the idea.

“One of the greatest things that have happened is we got this movie into the cinema. That’s where Bond movies should be. They don’t look so good on a phone. They look great on an Imax screen. It looks great on a 30ft screen”, commented the actor who stepped down as the tuxedo-wearing spy after his fifth, and final, 007 role, in ‘No Time To Die‘, the 25th film in the franchise.

“And they are family events. It gets the family out. As long as there are event movies like this then cinema’s got a chance of surviving”, added Craig.

There is conjecture now about who will stop into the shoes of the iconic MI6 agent’s shoes, and Daniel Craig had some words of advice for whoever lands the part, “There’s a couple of things I’d say. One is don’t be s***. I would say you have to grab it and make it your own”.

“I hope I’ve left it in a good place, and I hope the next person can just make it fly. It’s an amazing franchise. I still think there’s a lot of stories to tell”, he concluded, as reported by thesun.co.uk.