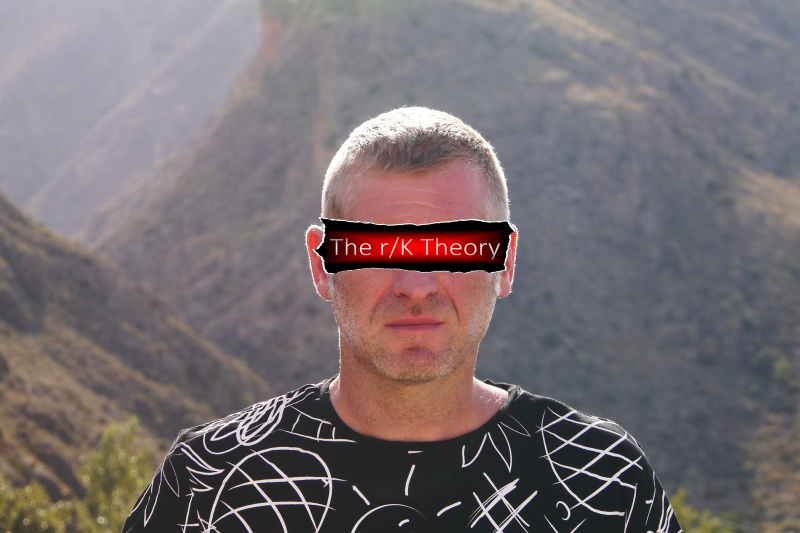 The closest you will come to identifying the r/K Theory Credit: r/K Theory

EXCLUSIVE: The shy Almeria based r/K Theory releases his first album after more than 20 of dedication to his craft.

Not all musicians want to be the frontman or indeed hog the limelight and one who records under the title the r/K Theory doesn’t even want to be named.

Speaking exclusively to the Euro Weekly News about his new album, this 40 something now living in Almeria after growing up in Barnsley explained “I literally dread being recognised on the streets and even my promotional photographs are edited so you can’t recognise me but I live to make music.”

He moved to Spain nearly five years ago and met his wife, who is a well/known international DJ, in Mallorca and they decided to move somewhere quieter and more chilled and whilst they could have chosen many Spanish locations, they ended up in Oria and love it.

The artist known as r/K has been heavily into house and electronic music since it became part of the scene and has been making music for himself for 20 years but with one of their bedrooms converted into a studio and plenty of time due to lockdown, he really had a lot of time to compose having turned professional in 2019.

He works very slowly but over the years has released a number of tracks through specialist companies but with a store of older material which could be updated and time to produce new music, he decided that it was time for an album and coincidentally when discussing music on twitter, he was offered a recording contract.

As a gesture of goodwill to a company which has released one of his singles, he told them that he was going to update and include it on the album and they too offered him a deal.

As things turned out, the first offer came to nothing as the original company dropped out and as he clarified “I had to decide whether to hand over my debut album [un]Natural Synthesis to someone else and after a great deal of thought I decided that having or having spent so much time in writing, recording and producing the eight tracks spanning multiple electronic sub-genres, I wanted to keep control and now the album is released on January 7 through various online platforms.”

Speaking about the contents of the album he said “From the epic opener Crossing the Void, to the delicate piano and strings track Morning Rain, to the feel-good sunny vibes of Summer Song, there is something for everyone on this diverse yet unified album.”

Although he expects most sales to be made via downloads he managed to team up with a bespoke manufacturer in the UK (where his biggest fan base is situated) to allow for orders to be placed directly with them and the CDs are basically made to order and dispatched.

Not only is he a musician but was persuaded to fill a weekly slot in Almeria radio and Casa de Ritmo (House of Rhythm) hour goes out every Friday at 7pm with very little talking but a selection of house music across the decades.

Visit https://therktheory.com/ to find out more about the new album and the illusive and slightly mysterious musician.

Thank you for reading ‘EXCLUSIVE: The shy Almeria based r/K Theory releases his first album’ and remember that all articles produced by Euro Weekly News may be accessed free of charge.