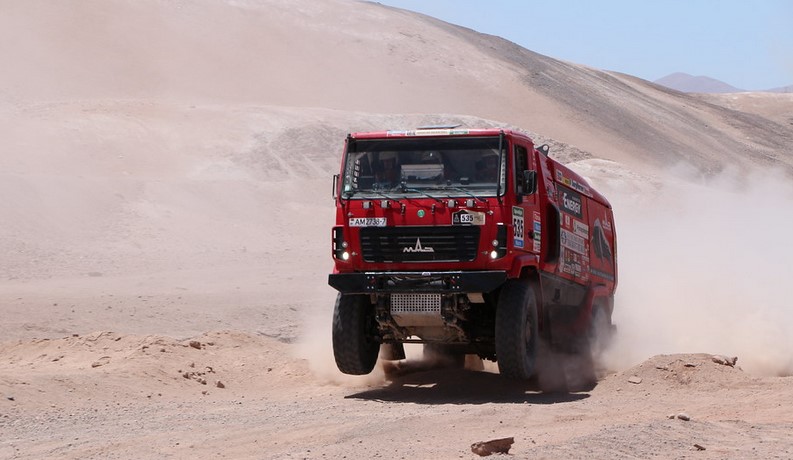 An explosion that occurred in one of the team cars last Thursday, December 30, before the start of this year’s Dakar Rally, was passed off by Saudi Arabian authorities as an ‘accident’. The blast, which happened outside the Donatello Hotel in Jeddah, left French driver Philippe Boutron in hospital with serious injuries as a result.

With one of one of the world’s most prestigious rallies being held in the country, a lot of money, and prestige, is at stake, and the last thing the Saudi government wants is unwanted attention brought upon them.
The organisers of the race launched an immediate investigation into the ‘accident’, with the Saudi officials apparently very keen to keep the whole incident under wraps.
But now, after giving a statement to Marca, it looks like the real story will be exposed by Boutron’s co-pilot, Mayeul Barbet. “It was not an accident, but a bomb attack, despite the insistence of the Saudi authorities, who maintain the thesis of the accident and the explosion of the vehicle”, he told the Spanish publication.
The local authorities in Jeddah had allegedly asked Barbet and the rest of the team to remain silent about the event that destroyed one of the Sodicars Racing Team vehicles.
Barbet continued, “The bomb exploded under the car’s pedals after we had travelled just 500 metres from the hotel. At that moment we were six occupants, we were shocked, and could not move”.
“Then the car started to catch fire, and Philippe asked me to help him get up from the seat. I no longer felt his legs! I saw the magnitude of the damage by helping him. Having notions of first aid, I immediately gave him tourniquets, because he was losing a lot of blood”.
Philippe Boutron is the president of US Orleans, who are in the third division of French football. Sodicars Racing is still participating in the race, with Richard Gonzalez’s truck. It was also one of those affected in the explosion, although thankfully, he was unscathed.
They continued in the race, its 43rd edition, at the request of Boutron, although it is not an easy Dakar Rally for them. “At the slightest noise, everyone jumps”, said Barbet, as reported by 20minutos.es.