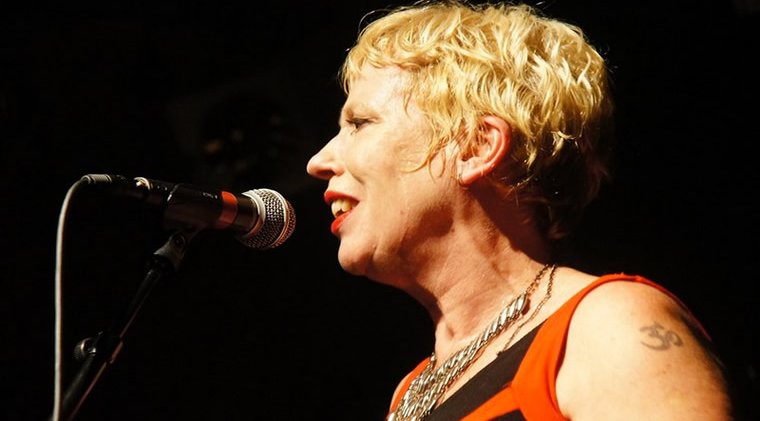 The legendary singer-songwriter of the 1980s, Hazel O’Connor has been rushed to hospital in southwest France. It was confirmed by her brother Neil that she had been found at her French home on January 9, and rushed to a hospital after suffering what he described as a “serious medical event”.
According to Coventry Live, the hitmaker was subsequently placed in a 24-hour induced coma after doctors discovered she had bleeding on the brain.
“This is an important announcement about my darling sister, Singer, Songwriter and Actor, Hazel O’Connor”, Neil posted on Hazel’s Facebook page. “On Sunday last, 9/01/2022, Hazel was discovered at her place in SW France and was found to have suffered a serious medical event”, he continued.

“She was taken to her local hospital where it was determined that she’d had a bleeding on the brain, and that she should be transferred to a major hospital where her condition could be more effectively monitored. On Sunday things were touch and go, and the next 24 hours would determine how her recovery may go”.
“She was put into an induced coma for about 24 hrs and brought out of it Monday evening, and since then has been showing a lot of progress, although, saying that, her recovery is going to take a while, but she is tough, and is responding to stimuli and to treatment”.
Neil continued, “She’s receiving the best of care and I thank the French medical service there for taking such good care of her”.
“Also a big thanks and appreciation go to Pete and Tony, who were on the spot to help, and have been my liaison all through this time, and have been updating me daily about Hazel’s condition. Thanks so much, guys. So, please, all positive thoughts, vibes, intentions are appreciated”.
“She’s going to need patience from us, and from herself. I’ve already learned that she’s started to show her usual feistiness”, concluded Hazel’s brother, as reported by mirror.co.uk.