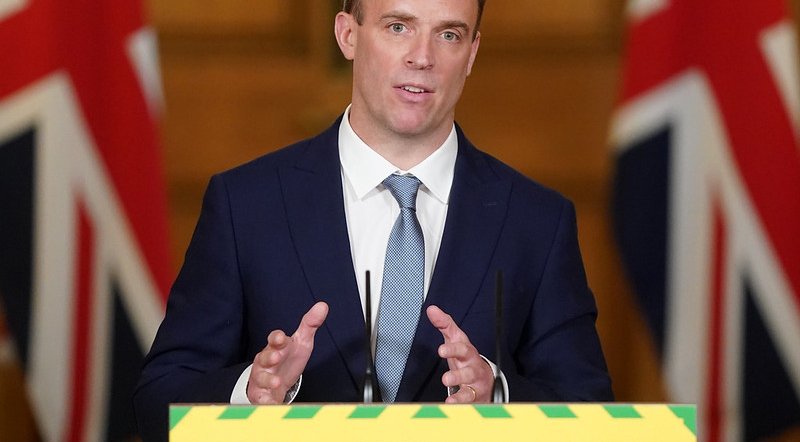 THE UK’s deputy prime minister Dominic Raab and Boris Johnson’s sister are the latest to weigh in on the drinking culture at Downing Street. Mr Raab told Sky News that the staff at Number 10 worked “phenomenally hard under gruelling conditions” while he ran the country in Boris’ absence and denies there is a problem.

He told Sky News’ Kay Burley: “I do not personally recognise the caricature that they were all partying, this was incredibly serious and difficult and a dedicated team.
“I’m just telling you what I saw, my experience.”
Raab stepped in to take over PM duties when Boris Johnson was in hospital with COVID in May 2020 and denies that a party was thrown in his honour to celebrate.
“It was nonsense, I wasn’t invited and I didn’t attend,” he said.
Speaking about how the Whitehall and Downing Street parties have come to light and the alleged drinking culture within the political party, the deputy PM said he felt “as frustrated as anyone else”.
“I think double standards are toxic, I get all of that, I get the frustration,” he added.
“But Number 10 has apologised for that, it was right to apologise for it.
“Of course, I want to see compliance, I’m a lawyer by heart, I also recognise as lawmakers the government has got to be seen to take a lead, show it is acting to the highest standards otherwise how can we expect others to follow it?”
Boris Johnson’s sister, Rachel Johnson, broke her silence regarding the Downing Street parties. Speaking on her LBC show, the presenter told listeners: “I didn’t see much of the Prime Minister and his family during lockdown, but the times I did see him, he was completely compliant.

“He dotted every I, he crossed every T. If it was rule of six, there were six. What I didn’t see were all the things you’ve been hearing about.

“I can tell you from the bottom of my heart that he has never once turned to me or any member of my family and said ‘I tell you what, let’s have a party’.

“If anything he’d say ‘let’s play reading’… or ‘let’s play who can memorise the most poems from the Oxford Book of Verse… And of course it was always him.

“To my mind, if he did go out into the garden, and he’s told us he did, for him that would have been work.”