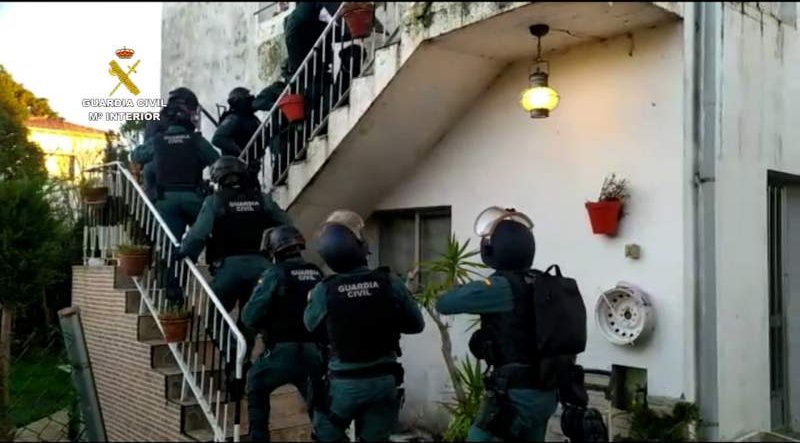 The Guardia Civil have announced the arrest of nine people as they dismantled a criminal gang in Cantabria. The gang were, according to the Guardia, responsible for more than 20 break-ins across the region most of which involved businesses.
The group used force to commit their robberies in which they stole items of value and motor vehicles. As a result extensive damage was made by the gang which police put at somewhere between 80 and 100 thousand euros.
The Guardia have been working to catch the gang since September last year when the first several robberies took place in the towns of Unquera, Pomaluengo, Revilla de Camargo and Cartes.
From the outset police suspected a gang was involved with all the robberies following the same pattern as the first, at night, forcing the main access door stealing money and readily accessible assets.
Three brothers the ringleaders
Guardia Civil officers identified those in charge of the gang and traced them to three brothers living in the municipalities of Castañeda, Reocín and Torrelavega. None of those arrested were in employment with the stolen products sold in Bilbao (Bizkaia), whilst others were sold in their immediate surroundings in Cantabria.
Police raided the homes of the ringleaders and found stolen effects that they had not been able to sell, such as new material for motocross safety (helmets, boots, goggles), car wheels, etc. A shotgun was also seized.
The operation is directed by the head of the Investigating Court No. 4 of Santander, who after receiving the detainees, ordered the imprisonment of the three brothers considered alleged leaders of the group.
With the news that another criminal gang has been dismantled, this time in Cantabria, people will be happy that the Guardia are doing an effective job in bringing criminals to justice.