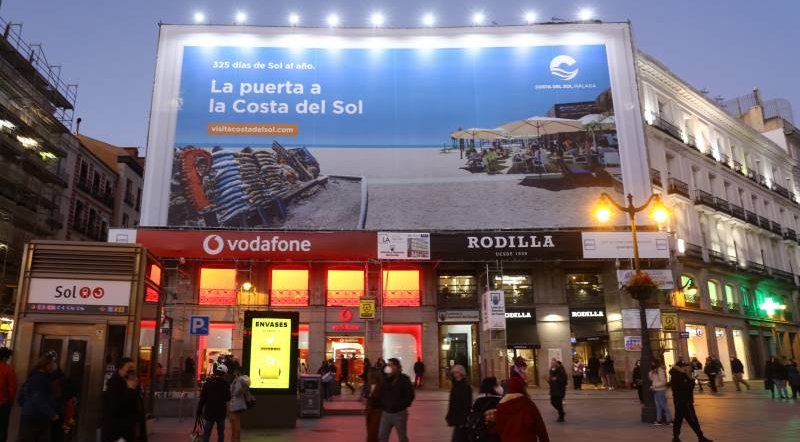 One of the three huge billboards Credit: Malaga Provincial Council

As calls for Boris Johnson to resign get louder and the pile of wrong doings gets larger, I do find myself wondering how we ever got here in the first place. Johnson has never been a shining light of decorum and common sense, for those who never read his offensive columns or awful literature, a buffoon would have probably been the closest descriptor most people would have come up with.
But a buffoon should not a prime minister make.
So much more is at play than what is sitting on the surface. The insidious media campaigns filled with misinformation obviously did their job in the same way they did for Brexit, and the proven way that people swing to the right when faced with personal hardship is how the Conservatives usually gain power. But Johnson? Really?
A large part of how many people who are completely unqualified for their jobs end up way above their head is implicit bias. Unsupported assumptions we make about people or groups, with implicit, or unconscious bias being ones we hold without even knowing we do. They can be based on many factors such as age, race, gender, socioeconomic status, or class.
While these biases aren’t always negative, they’re shaped by either a survival instinct that causes people to associate with people they perceive to be like them, or they are caused by the information we consume telling us some things are ‘better’.
In the case of Johnson, he is moneyed with a good education, a posh voice and he is a man.
All things people have been programmed to see as competent and commanding, even if the individual evidence deems otherwise. The accent is incredibly interesting as a social scientist on TikTok showed with a very enlightening experiment.
She audio described a speech by Johnson, repeating every word, pause, umm and ah, but in a woman’s Geordie accent.
Suddenly, the rambling address the prime minister had given, which some people had said was a stand-up piece of oration, became a mass of run-on sentences that most people would struggle to wait for the end of.
The same implicit bias showed its face when TV broadcasters started to speak in regional accents.
Although the mix better reflected the people watching the shows, there was uproar from those very same people saying folk on the TV should always speak ‘The Queen’s English’ because it is ‘better’. While accent bias seems to be a smaller issue, as we can see from the clown that is running the UK, all these biases can add up to catastrophe.
It also is a smaller part of the bigger issue I spoke about last week, which is systematic oppression. If someone has made their mind up about how competent you are before you’ve even started, then that bias has put you on the back foot, and that only perpetuates the prejudice through lack of representation. People need to be aware of this.
Claire Gordon’s opinions are her own and are not necessarily representative of those of the publishers, advertisers or sponsors.