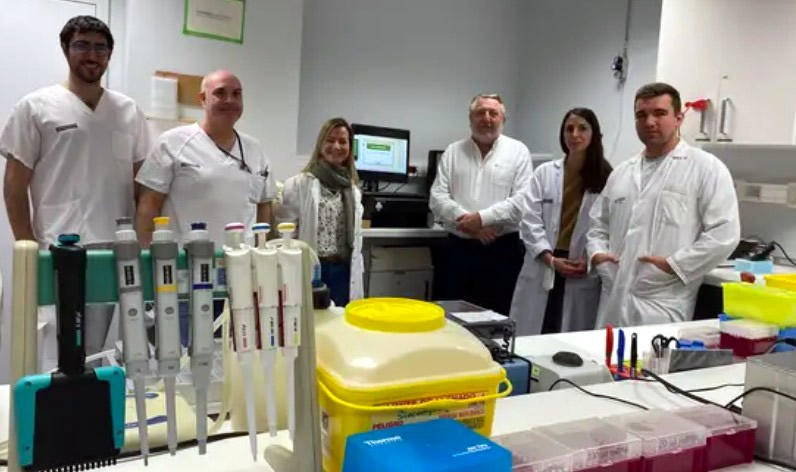 Thanks to the study of biological samples from identical twin sisters, a multicentre research team made up of professionals from Psychiatry, Epigenetics, and Biostatistics, has discovered five genes related to the development of anorexia nervosa.
This study was led by Dr. Luis Rojo, a professor of Psychiatry at the University of Valencia. His goal was to discover the epigenetic bases of anorexia nervosa, one of the eating disorders with the highest mortality among psychiatric pathologies.
Anorexia nervosa is a public health problem that mainly affects young women and adolescents in developed countries. Diagnosis is established based solely on clinical criteria, without the existence, to date, of biological, genetic. or epigenetic markers.
“This discovery is relevant to develop more precise criteria based on epigenetic marks associated with the disease, and increase knowledge to implement therapeutic, prevention and early intervention strategies in cases of anorexia nervosa”, explained Dr Rojo.

Published in the international journal ‘Translational Psychiatry’, the team’s work was based on a study of samples of homozygous twin sisters discordant for anorexia nervosa. That is, a pair of identical twins in which one of them suffers from the disorder, and the other not.
“Identical twins can be considered replicas of the same DNA sequence, therefore, studying this population allows an evaluation of the epigenome independently of any variation in the genomic sequence”, explained Dr. Juan Sandoval, director of the platform of Epigenetics of the La Fe Health Research Institute (IIS La Fe).
With the participation of clinical and biostatistical professionals from Valencia, Castilla-La Mancha, and Extremadura, this study detected five genes involved in anorexia nervosa, specifically PPP2R2C, CHST1, SYNJ2, JAM3, and UBAP2L.
The first two have been associated with the metabolic trait of Type-2 diabetes. Type-2 diabetes and abnormalities in insulin secretion and blood glucose levels have been linked to anorexia nervosa.
For their part, the UBAP2L and SYNJ2 genes have been associated with bipolar disorder and initiation of cannabis use, respectively. Psychiatric comorbidities are very common in anorexia nervosa, and include disorders such as anxiety, obsessive-compulsive disorder, personality disorders, or substance abuse.
As a result, an exhaustive evaluation of the differences in the DNA methylation profile in monozygotic twins discordant for anorexia nervosa has been implemented, using a genome-wide approach, subsequently validating the findings in a sample of unrelated anorexia patients.
The synergy between Psychiatry, Epigenetics, and Biostatistics has made it possible to discover these new epigenetic marks associated with an eating disorder that affects one in every hundred adolescents – mostly women, but can also occur in men – and that begins between the ages of 12 and 18 years.
Epigenetic marks regulate gene expression without affecting the DNA sequence. In the case of the study of homozygous twins, it has been possible to study a common type of epigenetic modification known as DNA methylation, and it has been possible to see that, although the twins share the same DNA, epigenetic differences may appear, and therefore suffer from different diseases throughout their life, as reported by larazon.es.