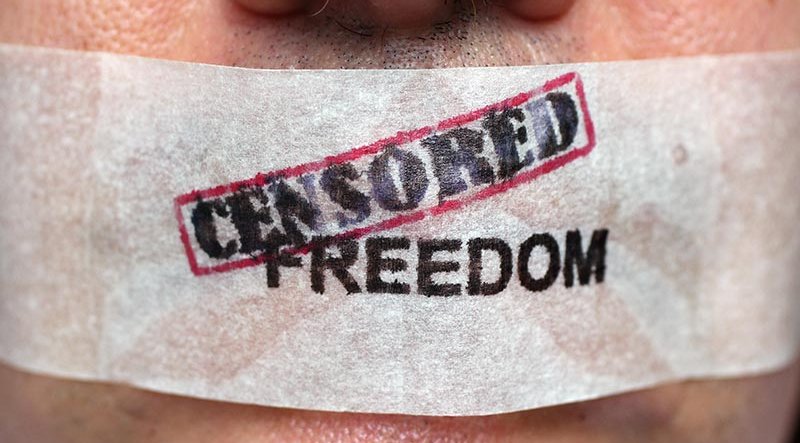 THE problem with most of the woke brigade is that they are generally so far up their self-righteous soap boxes they categorically refuse to entertain the opinions of others.
When arguments or discussions tend to veer away from their points of view, they are always the first to accuse their dissenters of right wing ideals or racism.
They then sit smugly back; fully aware that the discussion is now over and the onus is now on those that disagreed with their rhetoric to explain why they themselves are not racially motivated!
It’s a clever ploy, designed to crush the freedom of speech and encouraged by many a political despot over the course of history.
Well I don’t buy it and categorically refuse to yet again waste this short narrative explaining my very strong views on the subject.
I believe in live and let live. As long as it causes no harm to others and doesn’t weaponise my points of view, frankly I really couldn’t care less how anyone handles their current manifestation.
I also have no problem with how people wish to be addressed. Tom, Dick Harry, Fem, Those, Them or Wottsit. It truly is all the same to me. What I do care about however is reserving the right to also refer to myself as I choose.
Being pressured to adapt to another individual’s views and opinions is what sticks in my craw.
Unfortunately this is often the problem with disgruntled minorities. Many of them suffer from insecurity or inferiority complexes. Consequently the more of us they can inveigle into embracing their philosophies, the more secure they feel (The mentality of cult!)
To achieve this they need to convince others to either join them or amend their own beliefs. Sooner or later however the majority begin to resent their often lame- brained intrusions and demos and their actions begin to achieve the reverse effect (The public taking the law into their own hands when ‘insulate Britain’ demonstrators decided to block the motorways was a case in point!)
One of the real casualties in this whole diatribe of politically correct ‘uman rights is common sense. Just recently another couple of ‘woke goodies’ came to light. The University of Salford has recently issued a subject matter warning for Dickens’ Oliver Twist, in case it causes ‘distress or anxiety’ among literature students.
Recently the University of Northampton also issued ‘alert warnings’ to their students about Orwell’s 1984, Dickens’ Great Expectations and, of all things – Bronte’s Jane Eyre! The University stated that it has the responsibility to ‘prepare students for potentially sensitive topics of child abuse domestic violence or racial prejudice’.
They probably don’t allow winners or losers either! This is of course not all quite as ridiculous as it sounds. The more they relieve the young of responsibility, the easier they are to manipulate toward their nanny state ideals.
Left wing political control is always hovering behind all this undemocratic PC rhetoric. And incidentally, shoving floral bouquets down the barrels of Chinese and Russia’s silos won’t work either!
Keep the faith,
Love Leapy
[email protected]
expatradioscotland. Mondays and Fridays 1pm till 4.
Leapy Lee’s opinions are his own and are not necessarily representative of those of the publishers, advertisers or sponsors.