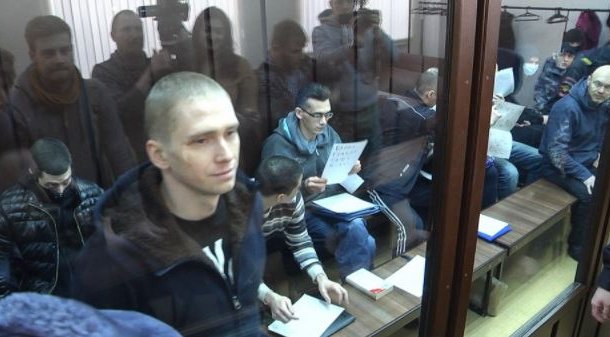 Today a court in Russia jails the hacking ringleader and self-proclaimed hacker behind the 2016 U.S. Democratic National Committee email leak, to 14 years in prison less than the 18 requested by the state prosecutor.
Prosecutors accused Konstantin Kozlovsky and his colleagues of the Lurk hacker group of creating the Lurk virus, which allowed them to steal over 1 billion rubles ($13.2 million) from Russian banks and enterprises since 2013.
The ​​Kirovsky District Court in Russia’s fourth-largest city Yekaterinburg found Kozlovsky guilty of organising a criminal group, large-scale fraud and illegal access to computer information.
Investigations were started into the activities of Kozlovsky and 20 other members of Lurk following a thwarted 2016 plot to steal 23 million rubles ($300,900) from Kremlin-linked businessman Yevgeny Prighozin’s Concord catering company.
The other 20 defendants received prison sentences ranging from five to 13 years.
In his defence Kozlovsky claimed that he was recruited by Russia’s Federal Security Service (FSB) in 2008 to take part in a number of high-profile hacks, including the hacking of the DNC servers and ​​Hillary Clinton’s campaign during the 2016 presidential election, as well as the World Anti-Doping Agency (WADA) and U.S. military enterprises. He alleges that former FSB officer Dmitry Dokuchaev oversaw his work.
No such link was found by investigators nor did they find that Kozlovsky stole data from U.S. government servers using malware, with Dokuchaev, who was imprisoned on treason charges in 2019 denying all links between Kozlovsky and the FSB.
“I don’t know Kozlovsky and, accordingly, did not have any cooperation with him,” Dokuchaev told the RBC news website through his lawyer.
Throughout his trial Kozlovsky has maintained that the charges against him and Lurk were fabricated, saying that there were inconsistencies throughout the indictment against him, and that he had simply been carrying out the requests of state officials.
The news that Russia jails the hacking ringleader will be welcomed in the West with many having fallen prey to the group, however most will be calling on Moscow to do more as hacking continues apace from Russia as do the misinformation efforts.