When does middle age begin? 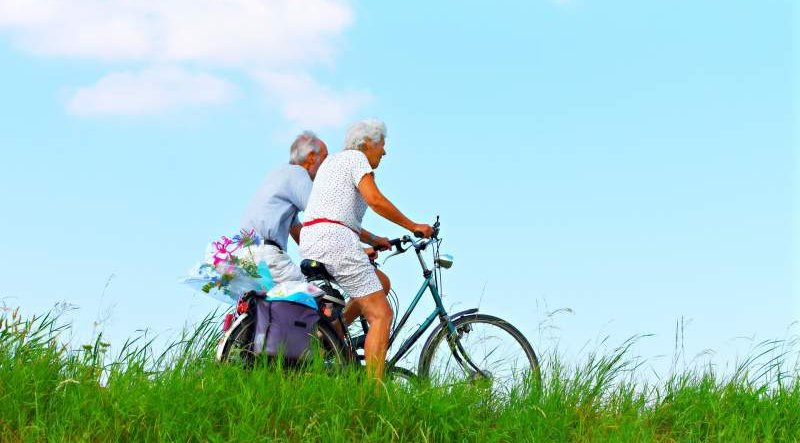 With science evolving meaning people are living longer when exactly is middle age and have the goalposts changed?

With people living longer due to advancements in science and more health knowledge – when exactly is middle age? The Britannica website writes: “middle age, period of human adulthood that immediately precedes the onset of old age.”
This also brings into the question – When does middle age end and old age begin?
Britannica writes: “Though the age period that defines middle age is somewhat arbitrary, differing greatly from person to person, it is generally defined as being between the ages of 40 and 60. The physiological and psychological changes experienced by a middle-aged person centre on the gradual decline of physical abilities and the awareness of mortality.”
I remember when I was in my teens and I thought middle age was around 30 years old – meaning we would all be dead by 60 if that was the case. I saw people in their 30s as much older than me – ‘proper adults’. Now I’m in my 30s, I would be horrified to think that teenagers thought of me as middle-aged – I haven’t done half of the things I would like to have done by the time I reach the halfway point of my life!
Toby Young recently wrote in the Spectator: “One thing I’ve noticed about getting older is that your sense of self-worth becomes increasingly wrapped up with not thinking of yourself as old – and we become more defensive about that with each passing year.”
“For instance, I like to describe myself as ‘middle-aged’, which always provokes gales of laughter from my children. ‘You’re 58, Dad,’ is the stock response. ‘Do you really expect to live until you’re 116?’ When I peevishly explain that the standard definition of ‘middle age’ is 45 to 65, I get blank looks. And when you think about it, the word ‘middle’ does imply the average lifespan is between 90 and 130.”
Our World in Data states that the average life expectancy is 72.2 years old, meaning that middle age is around 36 years old – which is 4 years younger than Britannica states, and just 6 years off the UK pension age of 66.
However, Help Advisor writes that “The definition of old age is changing. Where someone might have been considered elderly once they hit 60 in the past, most 60-year-olds might be shocked if someone suggested they were geriatric. Older adults are still spearheading businesses, running marathons and contributing significantly to the economy.”
So, is it a matter of personal opinion?
With life seemingly moving at a record rate and the pandemic bringing our mortality into the spotlight, people seem to be asking that age-old question – when does middle age begin? (No pun intended).