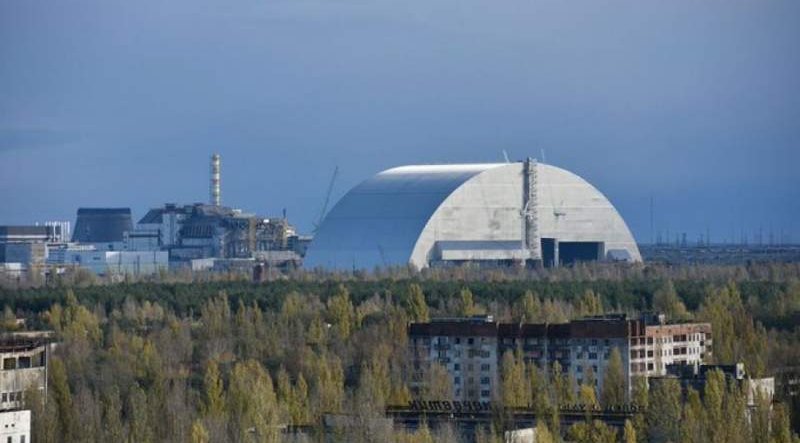 Reports on February 25 show increased radiation levels from the site of the defunct Chernobyl nuclear power plant, according to experts. The site has been opened to the public since 2011 for day trips, however, it remains radioactive to this day.

Although no radiation levels were provided, the agency said that the change in levels was likely due to the movement of heavy military equipment in the area lifting radioactive dust into the air.

“Radiation starts to increase. It is not critical for Kyiv for the time being, but we are monitoring,” the interior ministry said.

Fighting broke out between Russian troops and Ukrainian forces within the exclusion zone of Chernobyl on February 24 after Russian forces entered the site from Belarus.
Fighting is believed to have destroyed a nuclear waste storage facility, potentially disturbing the nuclear waste, according to experts.
Ukraine President Volodymyr Zelensky has said in a tweet that Russian forces are trying to capture the plant.
“Russian occupation forces are trying to seize the Chernobyl. Our defenders are giving their lives so that the tragedy of 1986 will not be repeated. Reported this to @SwedishPM Magdalena Andersson. This is a declaration of war against the whole of Europe.”
Early reports claimed that Ukrainian soldiers were situated at the Chernobyl Nuclear Power Plant, which in 1986 was the scene of one of the worst nuclear disasters in history, in order to stop Russian forces from claiming it.
However, it is believed that despite the resistance from the Ukrainian troops, Russian forces did indeed capture the site.

“After a fierce battle, our control over the Chernobyl site was lost. The condition of the facilities of the former Chernobyl nuclear power plant, confinement unit, and storage of nuclear waste is unknown,” Mikhail Podolyak, an aide to the head of the president’s office, told the Ukrainian news agency UNIAN late on Thursday, February 24.