Germany beefs up military funding in response to invasion 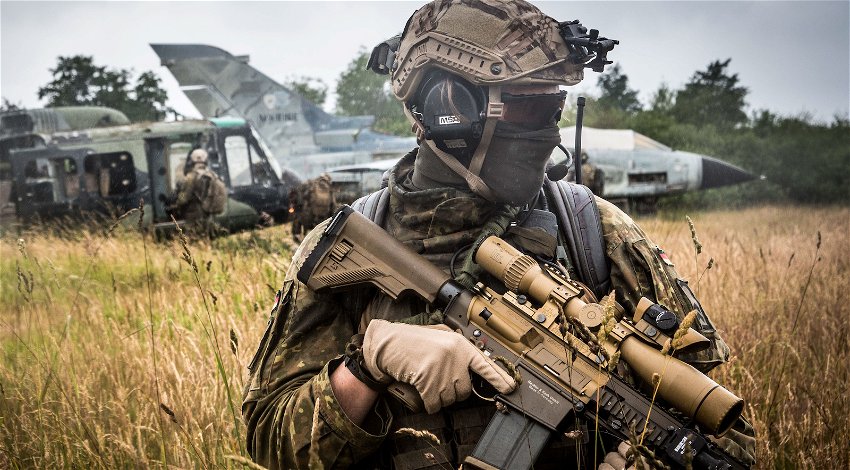 The Ukrainian invasion has resulted in a swift about turn of the longstanding German policy that favoured deterrence over conflict, with Chancellor Olaf Scholz announcing that it is to beef up military funding.

Germany has long resisted calls to increase its spending on the military however this was overturned by Mr Scholz who announced a one-time increase of 100 billion euros and a pledge to spend two percent of the country’s economic output on defence. Germany has in all its years as a member of NATO never met the two percent investment that the organisation requires of its members.

Mr Scholz went on to suggest that the increase should be enshrined in law to make sure the country does not make the same mistake again.

Making the announcement Mr. Scholz said the Russian military action as having “created a new reality” that “requires a clear response.”

The announcement follows the shift in support for the Ukraine with the government announcing on Saturday that it would now send arms to the country, including 1,000 shoulder-launched anti-tank rockets and 500 surface-to-air Stinger missiles. Germany also announced that it would no longer block the transfer of 400 German-made anti-tank weapons from the Netherlands and that it would allow the Estonian government to send nine Cold-War-era howitzers.

The country also agreed to join the allies in cutting Russian banks from the money transfer network known as SWIFT, also following the lead of other countries by closing its airspace to Russian aircraft.

The move marks a major shift from what many described as a weak and poor response to the invasion, the country being pilloried for its approach.

Mr. Scholz also sharpened his rhetoric against Putin who he said: “has cold-bloodedly launched a war of aggression. For one single reason: the freedom of Ukrainians challenges his own oppressive regime.”

The decision has been welcomed by Andriy Melnyk, the Ukrainian ambassador in Berlin whose demands for German weapons fell on seemingly deaf ears for months. He watched the speech from the visitors’ balcony and was given a minute-long standing ovation by lawmakers of all parties.