Hitmen murder more than a dozen at a wake in Michoacán 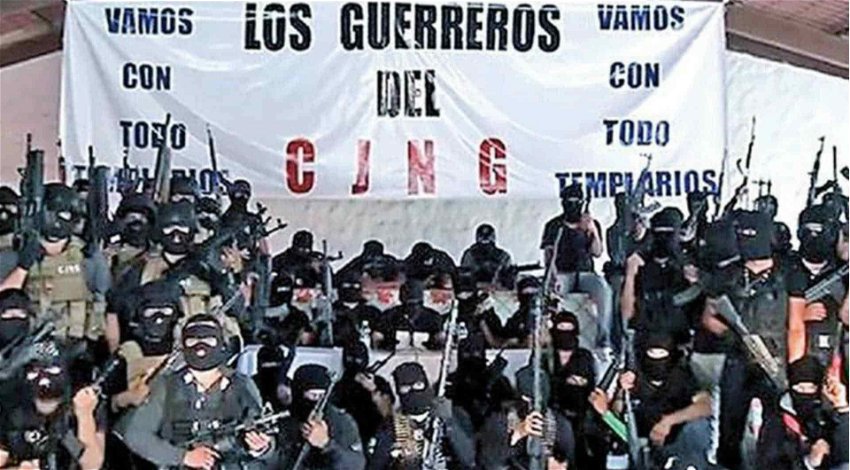 Hitmen murder more than a dozen at a wake in Michoacán Source: Wikipedia

A group of heavily armed hitmen murder at least a dozen people attending a wake in the Mexican city of San José Gracia according to a report by Spanish news channel LaSexta.

The victims who were attending a wake were according to videos posted on social media, lined up against a wall and shot. Locals posting the images have warned others to stay indoors.

The region is known to be under the control of the Jalisco New Generation Cartel with the murders believed to be drug related.

The Ministry of Public Security (SSP) of Michoacán said it received a report of “shooting” for which they deployed members of the Army and the National Guard. He stated that the objective of said operation is to locate those responsible and clarify the facts.

A statement by the State Prosecutor’s Office said that it had initiated an investigation into the events that occurred on Sunday afternoon, explaining that when they arrived at the place where the gunshots were reported, the site “was recently washed and no victims were found.”

Containers of cleaning products were found however, as were used firearm cartridges of calibres 9 millimetres, 7.72, 5.56 and 45 millimetres were collected and a motorcycle and two vehicles that had damage from firearm shots were seized.

The National Guard, the Mexican Army and the State Police remain in the area searching for both the victims and the shooters.

An ongoing feud between the Jalisco Nueva Generación (CJNG), La Nueva Familia Michoacana and Los Caballeros Templarios cartels is known to be underway for control of the area which is ranked third nationally in terms of the absolute number of intentional homicides.

In 2021 there were 2,732 murders, according to official government figures, with 33,308 recorded countrywide down on the worst two years in the country’s history.