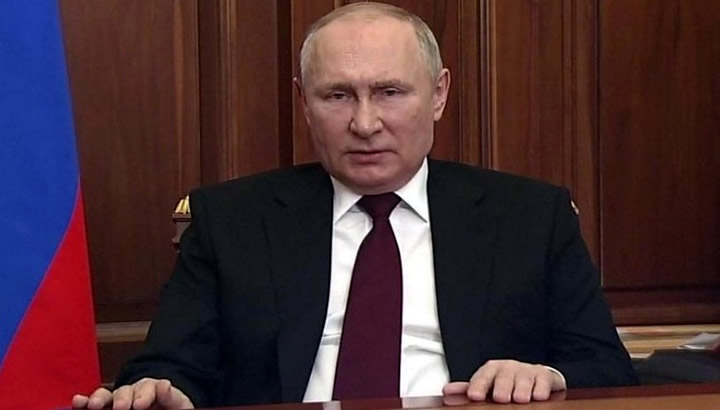 Russian President Vladimir Putin has fired eight of his generals since the start of his ‘special operation’, according to Oleksiy Danilov, the head of Ukraine’s security council. Putin is rumoured to be livid over the slow advance on Kyiv by his military forces, coupled with the estimated high losses, which has led to him wielding the axe on his commanders.

The FSB security service has also apparently felt Putin’s anger too, with claims that the Russian leader is fuming over reports handed to him prior to the invasion which informed him that Ukraine was weak, and would roll over once attacked. Several of his high-ranking commanders have also been killed in action.

Speaking to The Times, a former senior British intelligence officer, Philip Ingram, said, “He blames them for seeding him the advice that led to the poor decision-making in Ukraine”. Adding that Putin is obviously very upset at the poor intelligence.

Putin was under the impression that Kyiv would be taken within two or three days said Danilov, assuring, “It hasn’t happened and never will”.

Danilov told state television in Ukraine, “They had about eight generals removed from their posts because they did not complete the task. Now new ones have been appointed. We clearly understand what is happening in the Russian Federation. I can say that they are desperate”.

European intelligence agencies estimate that Russia has lost somewhere between 6,000 and 9,000 men, while the US say it is probably lower, maybe up to 3,000. Ukrainian estimates put the total in the region of 12,000.

Irrelevant of which figure might be true, the fact remains that Putin has severely underestimated his neighbour, and would never have expected to incur such losses, or to still be engaging Ukrainian forces after two weeks of fighting.

A huge convoy of Russian forces has been literally parked up for days, making no advance towards the capital Kyiv, and has reportedly suffered heavy losses in the process. According to the Ministry of Defence, Russian air activity has also diminished, again due to a probable underestimation of how well prepared, and effective, the Ukrainian defence could be, as reported by metro.co.uk.

Find out more about the UK government's response: https://t.co/uGIai2vjg2