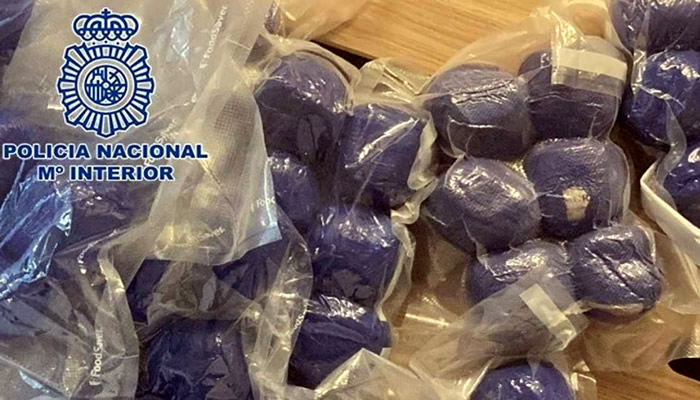 As reported by the Provincial Police Station in a statement, a consignment of 56 kilos of hashish being shipped from Malaga province to Italy has been intercepted. Two vehicles were stopped and searched by officers during this planned police operation in Malaga.

This operation was launched on March 8 after the police received intelligence reporting a possible shipment of narcotics taking place using a motorhome-type vehicle. As a result, several inquiries were conducted during which the investigators located a person who had rented said vehicle.

Further inquiries detected how this individual, along with two other people, planned the trip together with another vehicle with Italian registration. This car would act as a “shuttle”, with two of the suspects occupying the motorhome, and the third the car.

Both vehicles were intercepted by the police in Malaga province. In a first inspection, the police officers observed that some of the covers that gave access to various compartments of the motorhome showed signs of having been tampered with. They also detected compartments sealed with newly placed silicone.

With these indications, a second inspection was carried out involving sniffer dogs, Immediately, the canines marked an area suspected of containing the hidden narcotic substance that coincided with the areas that previously showed signs of manipulation.

Accessing the indicated compartments, located under the floor and inside some cabinets, officers located around 56 kilograms of hashish. It was distributed in ball-shaped packages, in a total of 279 balls, weighing around 200 grams each.

The three individuals involved in the transport of the narcotic substance were arrested, one being of Spanish nationality, and two of Italian nationality. One of the latter had a police record in Italy for various crimes and had recently been released from prison. He was also the son of a well-known member of the Calabrian ‘Ndrangheta clan, as reported by 101tv.es.