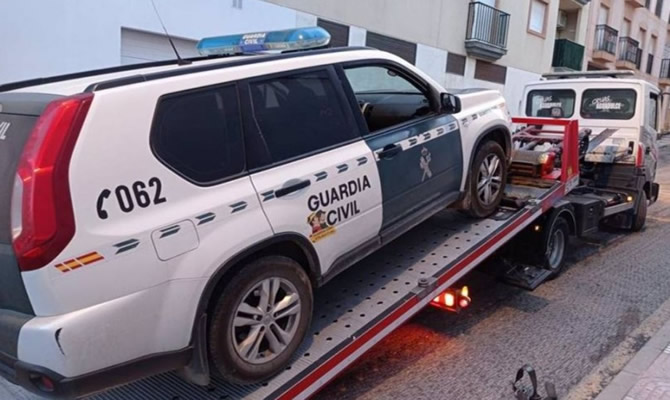 The Unified Association of the Guardia Civil (AUGC), has denounced the condition of the fleet of vehicles available to the main Mijas barracks. This post is the largest in Malaga province, and has to use what the entity describes as 20-year old vehicles.

Six of its current fleet are reportedly immobilised, while suffering constant breakdowns. According to AUGG, the needs of the unit are not being met by the general management.

Such is the situation that it often “makes it difficult to provide rapid assistance to urgent requirements, to the point that, sometimes it is not even possible to travel, due to failures of the vehicles, having to call on patrols further away”.

Faced with this situation, the AUGC stresses that “no more than three patrols can be taken out, because there is a lack of stock for an immediate replacement of inoperative vehicles. We have been demanding an injection of means and personnel that does not arrive,” they say.

They also stress that Mijas “has only received by award two new patrol cars: one was for the head of the post, which can not be used to provide the daily service of Citizen Security, and another car has a defective bulkhead that has given problems from day one.”

According to the association, there is “a shortage of SUVs”. During last year’s storm Filomena, “officers had to move in cars, and could not reach the points where they were required.  However, it did not serve as a precedent, and this Monday’s rains left them still without SUVs for an adequate deployment”.

Mijas, denounces the UAGC, is an “obsolete, and not very operational fleet, which affects the provision of public safety service. Malaga is also affected by the lack of vehicles and Guardia Civil personnel. We can not attend urgent calls, we arrive late to places where we are required quickly, because there are no other cars. Sometimes the vehicles leave us stranded in the middle of the street”.

As they explained, “Thousands of euros are spent on repairing the breakdowns of cars that are decades old”, as reported by malagahoy.es.