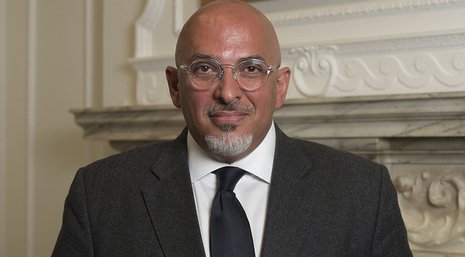 New Chancellor says tax allegations untrue and that he is being smeared Source: gov.uk

Nadhim Zahawi, the Education Secretary, has promised more details on rapid testing after admitting that some 200,000 schoolchildren are off in England due to Covid-19.

Mass testing is due to end in England on April 1st with free tests only to be made available to the most vulnerable.

Sources with the education and health sector have said removing free testing when the virus has yet to disappear “feels irresponsible”, while others have labelled the move a disaster.

Unions have called for clarity on the issue saying it would be unfair for staff to fund the mandatory tests themselves, whilst school manager have expressed concern over “worrying” reports of the recent rise in cases within schools. They have warned that the level of infections could get worse if parents have to pay for tests, as many would not be able to afford them and others would simply choose not to test them.

Covid-19 is spreading rapidly across the UK with one in 16 people throughout the UK thought to have the virus, that’s around 3.5 million people for the week ended March 19. It is expected that when the Office for National Statistics (ONS) release their latest figures the number of cases will have risen further.

Zahawi did not ruled out testing in schools when appearing on BBC’s Sunday Morning programme: “We will say a bit more about testing on April 1 of course as to what the policy is.” He said there are “around 200,000” children off school currently because of coronavirus.

“It has ticked up a little bit because infection rates are high but if we have not broken, we have weakened the link between infection rates and severe infection and hospitalisation because of the vaccination,” he said. Mr Zahawi faced criticism from the Liberal Democrats, who claimed he is “in denial about the level of Covid infections in schools”.

Munira Wilson, the Liberal Democrat education spokesperson said: “This Government has let down and abandoned our children time and time again over the past two years and history looks doomed to repeat itself. It’s clear they have no plan for dealing with rising numbers of infections and absences.

“Schools deserve a cast-iron guarantee that they will be given the resources they need to ensure no child will miss out on learning. Government incompetence cannot be allowed to disrupt their education further than it already has.”

That view is echoed by Paul Whiteman, General Secretary of school leaders union NAHT,who  said: “Covid cases have been spiking again in many schools over the past week or so – in line with the rising numbers nationally. Removing free access to lateral flow tests at this point feels irresponsible. It will make tracking and controlling Covid almost impossible. There is a lot of anxiety from school leaders about what could happen once tests are unavailable.”

It is not just those employed within education and health that believe the ending of free testing is not the best idea, with Danny Altmann, Professor of Immunology at Imperial College London, saying it is “unfair, unkind and just not workable” to expect NHS staff to pay for their own tests.

He told Times Radio that: “It’s a disaster. It’s unfair, unkind and just not workable because, you know, there are people out there who, you know, all parts of the NHS, but imagine you’re working with very clinically vulnerable patients – it would be devastating to you and to them to imagine that you might infect them with something that might kill them.

“And the onus is on you to keep sourcing and paying for your own testing because you want to do the right thing. I mean, how can that be OK?”

As Covid-19 cases rise once again in the UK and with more than 200,000 schoolchildren off with the Covid-19 virus, pressure is likely to be maintained on the government to review its policy to end free testing for all on April 1.