BMW iX – controversial, but an immensely driveable and impressive machine 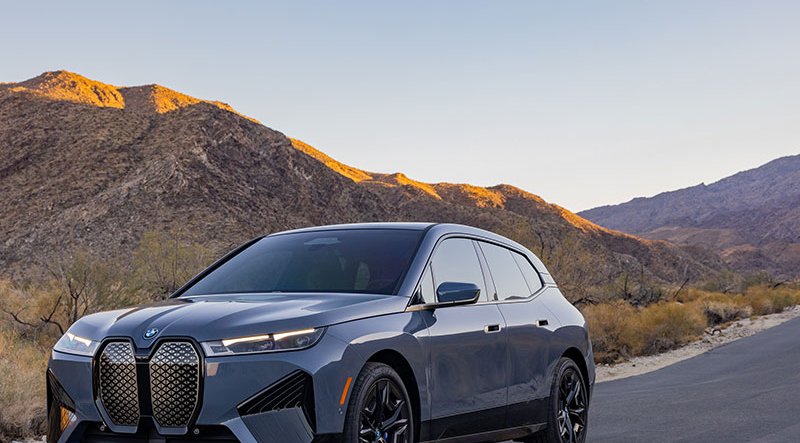 BMW iX: Whatever your design thoughts, it’s a stand-out car.

You tend to get a sense of whether a car is different from what has gone before, whether it is likely to be a game changer, whether it is a sense of the future. BMW’s not uncontroversial  iX is without doubt such a car. It’s not only a statement as to the future direction for the famed German car maker, but also gives a sense of what is to come as far as our personal mobility is concerned. The looks are Marmite in that people tend to either love or hate them.  Whatever way your design thoughts veer there’s no doubt that the iX is a stand-out car.

While the exterior style may polarise opinion the interior garnered almost universal approval from those who looked at my test car. Unsurprising since it’s a premium, clean and modern design. I’m not a fan of the current trend for digitalisation, but BMW have managed to produce one of the most useable and intuitive.

You still have to dive into menus to operate most functions, but it manages to make life much simpler than most. Seat controls are on the door panels and to open the door there’s a button rather than a traditional handle. On the road the iX handles remarkably well considering it’s a large and heavy car, and even though my test model was the smaller battery pack it still produces impressive acceleration. It’s also a very quiet and refined car, even allowing for the fact it is electric there’s little in the way of road or wind noise. If there is a problem, it is two-fold; range and price.

The smaller battery has a quoted range of up to 257 miles, which in reality means a limited long-distance ability, but in larger battery form the range is much more useable at 380 miles.

Price is probably more of a factor in that the iX is very expensive before you even begin to look at options. The range starts from €82,533/£69,905 and it’s not difficult with options to tip the €118,070/£100k mark. Open the doors and the rear tailgate and you can see the carbon fibre structure of the iX, which may go some way to explaining that price level.

Will people buy it? I think so because despite the limited range on the entry model, and that high price tag, this is an immensely driveable, likeable and impressive machine. It will always be a limited sight on our roads but one which will attract more admirers than detractors.