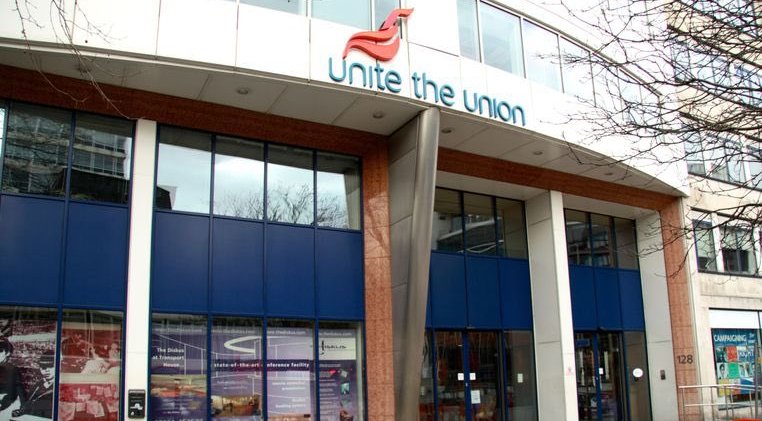 South Wales Police have raided an office in the London headquarters of the powerful trade union Unite as part of an investigation into allegations of bribery, money laundering and fraud.

More than 20 officers arrived unannounced on Wednesday at the offices of powerful trade union Unite in Holborn. Police took away a number of items including documentation, notebooks and a computer, the Guardian reported on Thursday, April 7.

The raid was part of a co-ordinated operation in which warrants were executed at addresses across England and Wales.

A Unite spokesman told the Times that an unnamed employee was now “subject to a criminal investigation by the police”.

The spokesman added: “On Wednesday, the employee’s office at Unite HQ was accessed and searched by the police under warrant.”

The South Wales force said that the raids were part of an investigation into allegations of bribery, fraud and money laundering with HM Revenue & Customs. No arrests have been made at present.

“The investigation is continuing and a number of suspects will be interviewed in due course,” the statement added.

Unite has traditionally been a major funder of the Labour Party and, under the leadership of Len McCluskey, was a vocal supporter of the hard-left politics of Jeremy Corbyn.

In December its new general secretary, Sharon Graham, said she planned to cut donations to Labour and divert the money to union campaigns.

Rapport between Labour leader Keir Starmer and the union boss is “non-existent” the Mirror reported in March, citing Labour insiders.

Graham, who was elected in August, has launched an inquiry into the building costs of a hotel and conference centre in Birmingham.

The initial projected cost for the 170-room complex was £57m, but the cost soared to £98m, an increase Unite said was a result of safeguarding employment practices onsite, the Guardian reported.