Swedes, Danes and Germans buy the most expensive Spanish houses 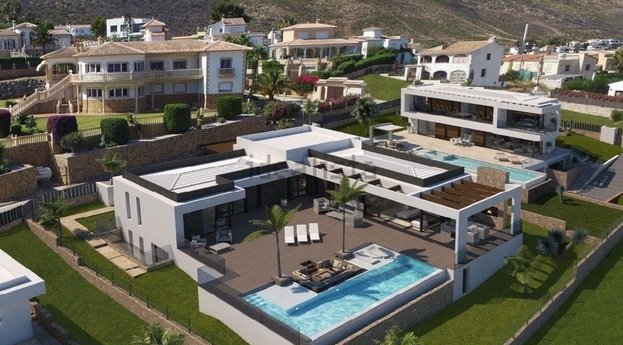 The latest data from the General Council of Notaries shows that Swedes, Danes and Germans spend the most as they buy expensive houses.

According to the data this group spent almost double the amount Spaniards spend on buying homes, with an average price in the second half of 2021 of almost 2,750 euros per square metre. That figures is substantially higher than the average of 2,016 euros per square metre paid by foreign buyers.

The average price represents an increase of 14.3 percent and is the highest since the second half of 2008 when the average price reached 2,125 euros per square metre,that figure being achieved prior to the banking crisis.

By comparison the average Spanish home buyer spent 1,503 euros per square metre during the same period.

Spending the least were the Moroccans at 688 euros per square metre, the Romanians at 990 euros and the Ecuadorians at 1,087.

As is to be expected the inland areas fared worst with Extremadura average sales of 556 euros per square metre followed by Castilla-La Mancha (651), Castilla y León (707) and La Rioja (715).

Purchases by foreigners jumped 41.9 percent year on year for the same period with 63,930 homes bought.

Surprisingly the British made the most house purchases in the Spanish market, specifically UK citizens who accounted for 7,560 purchases in the six months to December 2021. German buyers were next with 6,677 purchases and, the French 5,298. . At the other end of the scale Ecuadorians bought 577 homes, the Swiss 696 and the Danes 743.

The last six months has seen a return to normal for the market with foreigners accounting for 18.6 percent of purchases, in line with the percentage between 2012 and 2019.

According to local estate agents prices have firmed up considerably with less property on the market. New home construction has increased but at significantly higher prices with Swedes, Danes and Germans buying the most expensive houses.