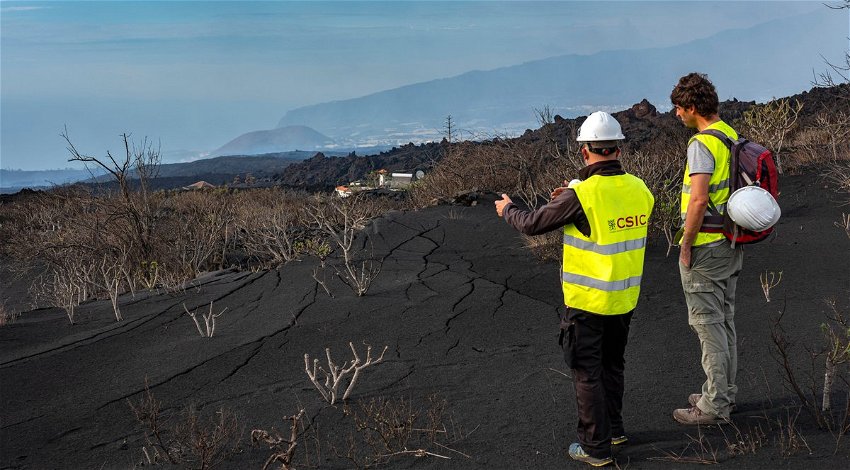 The Spanish National Research Council announced that they have developed thermal mapping of La Palma after volcano eruption.

On Thursday, 28, April, The Spanish National Research Council (CSIC) announced that they had developed thermal mapping of the island of La Palma following the eruption of the volcano “Cumbre Vieja” so as to facilitate the reconstruction of infrastructure .

“The #CSIC develops thermal maps of the lava flows of the #volcano of La Palma to facilitate the reconstruction of the island. This technology will provide information on the cooling of the area and facilitate the recovery of infrastructures https://bit.ly/3LwXNI8” read the tweet they posted on their official Governmental account, which also provided a link to the full statement.

The full announcement as published on the official website of The Spanish National Research Council read:

“A team of CSIC researchers has developed thermal maps of the island of La Palma after the eruption of the Cumbre Vieja volcano in order to know the cooling conditions of the area and facilitate the reconstruction of infrastructures, such as the layout of roads. The CSIC has signed a licensing agreement for this technology with the Cabildo Insular de La Palma so that it can use this necessary knowledge for urgent action on the island.”

“Since the eruption began on 19 September 2021 at the Cumbre Vieja site on the island of La Palma, the Spanish Geological and Mining Institute (IGME-CSIC), part of the CSIC, has actively participated both in the Scientific Committee of the Canary Islands Volcanic Emergency Plan (Pevolca) and in the study of the eruption and its consequences, generating a significant amount of information.”

“The research team, led by researchers Inés Galindo and Nieves Sánchez, has designed a set of serial maps by date, defined month by month, and for two types of specific depths, at 1 and 3 metres depth, which show the cooling of the eruption lava flows. In the same way, they have obtained a map showing the possibility of finding lava tubes formed during the eruption.”

“To achieve these results, a new methodology has been developed to create cooling maps of lava flows,” said researcher Juan Carlos García. “The maps will be kept up to date, so that the cooling model will be modified and adapted with real temperature data,” García added.”

“The cooling of the lava flows is essential to be able to work in the areas of the island affected by the eruption. For this reason, the CSIC has signed an agreement with the Cabildo Insular de La Palma to facilitate the use of these thermal maps in the layout of roads and the recovery of the rest of the island’s infrastructures.”

“This licensing agreement between public administrations will allow the Cabildo de La Palma to have free access to all the CSIC information useful for reconstructing the infrastructures damaged by the eruption”, explained Dr Javier Maira, head of CSIC’s Commercial Strategy and Internationalisation, who indicated that “the agreement was signed within the framework of the La Palma Island Emergency Plan (Peinpal)” and that “CSIC is currently negotiating similar agreements with the Government of the Canary Islands and the Ministry of Transport, Mobility and Urban Agenda”.