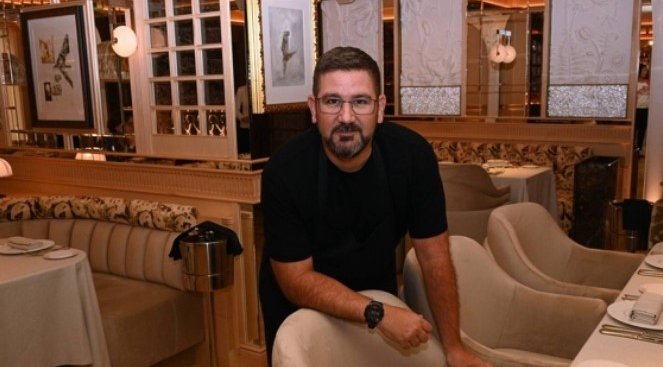 Marbella chef Dani Garcia, who has three Michelin stars to his credit in his restaurants, is now in the running to become the world’s best solo chef in the kitchen.

This was announced today, Thursday, April 28 by the organisers of The Best Chef Awards. The organisation makes a top 100 list of chefs annually, from which the winner is chosen. These names are released at a rate of two per day, and there are just more days five to go.

Polish neuroscientist Joanna Slusarczyk, and the Italian gastronome Cristian Gadau, created this contest in 2017. It aims to reward the actual chefs and not so much the restaurants, in the way that most other awards do.

First of all, the process consists of making a list of 200 pre-candidates, 100 of them new, and selected by anonymous professionals in the restaurant sector. The other 100 are the same ones that participated in the previous year’s contest.

After this, the next step is to whittle the 200 down, to obtain the final top 100. This is achieved through an online vote, where both nominees and anonymous professionals can participate. Although the voice of the latter has more weight.

The last edition of The Best Chef Award was held in Amsterdam, where the award went to Dabiz Muñoz, also a three-starred chef. This is the goal now set by the “artisan of flavour”, as Dani Garcia calls himself, currently enjoying a frenetic career, and looking set to continue along these lines in the future.

In 2022 alone, the 46-year-old chef from Marbella intends to open eight new restaurants, inside and outside Marbella. Kemuri, a Japanese tavern, will open its doors in the Costa del Sol city. He also plans to open Aleli, with an Italian gastronomic offering, similar to an osteria and based on fresh pasta or pizza.

Babette will be in a classic French style, and he will reopen Tragabuches, the family establishment where he got his first Michelin star in 1998. He will also open another sister restaurant in Madrid.

Dani also plans to open others in Paris, Miami and Dubai, but the list does not end there. The Dani Garcia brand may also reportedly extend to places like London and Turkey in the near future, as reported by laopiniondemalaga.es.