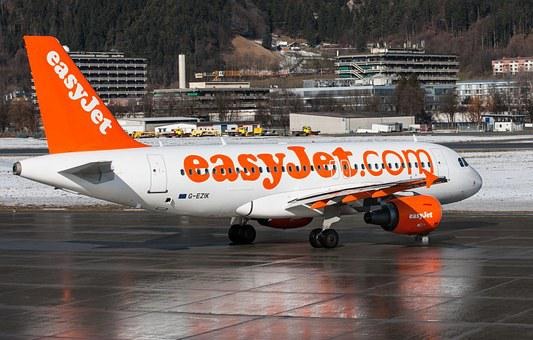 easyjet passengers’ four-day nightmare revealed after the airline cancelled their flights twice leaving them stranded in Amsterdam. The travellers have been left thousands of pounds out of pocket and they will need to attempt to reclaim the money.

Shannen McMenamin had been on holiday with her partner and friends in Amsterdam. The travellers had booked their flights originally before Covid hit and were due to fly home from Amsterdam to Belfast on April 22.

Shannen spoke to Belfast Live’s My Derry and explained: “We arrived at Amsterdam airport on the 22nd April when we were due to go home, where we learnt our flight home to Belfast, is delayed for an hour, to then find out 15 minutes before departure that the flight has been cancelled.

“We were not approached by any staff member and had to proceed back through arrivals in Amsterdam airport including passport checks to find that our suitcase was missing.

“While attempting to find our suitcases, I approached the easyJet help desk where there was no staff and we were told by another airline information desk that easyJet is now a digital airline therefore, there are no EasyJet workers at the airport to guide us.

“We were advised to ring easyJet customer service. When I finally got through after waiting 40 minutes we were told that easyJet could not provide an alternative flight to Belfast until Monday 25th. They went on to tell us that if we changed over to that flight then they would provide us with hotel accommodation for the three extra nights that we would have to stay in Amsterdam.

“[They] told us that we would receive information through email about the hotel they were going to arrange for us in the next two hours. But three and a half hours later we’ve still been left stranded in Amsterdam airport with no information about the hotel easyJet told us they would organise for us.

“We rang easyJet once again after being on hold for over an hour and we were finally told that they could not provide us with a hotel for the three nights and that we would have to find our own accommodation, pay for it ourselves, and claim the money back from easyJet if the hotel was below three stars.”

The friends were left more than 700 miles from home and did not have the funds to pay for a hotel themselves. EasyJet are said to have asked the friends to approach family members for the money.

Shannen revealed: “This was a completely personal question which should not have been asked as EasyJet have no insight into their passengers’ personal lives and should not have advised that we borrow money from family,

“We were basically told that this was our only option to pay for a hotel ourselves and the cheapest we could find was a hotel room with four single beds which cost €1100 for the three nights, money which we had to borrow from our parents.

“We had little spending money left to provide for ourselves as we were told they would not cover our meals or any other expenses we needed to live in Amsterdam for another 72 hours.”

The travel nightmare got worse as a second flight was cancelled by easyJet.

“We were again given the options to switch to a different easyJet flight, none of which were flying to Belfast or Dublin therefore this meant we would have to fly to the UK with the free changeover flight then proceed to pay our own way from the UK to Ireland,” said Shannen.

“Bear in mind we had already spent all our money living in Amsterdam for an extra three days and did not feel we wanted to trust changing over to another easyJet flight as it would more than likely be cancelled once again.

“We asked if we could change to another airline as there were other flights, leaving Amsterdam that could get us home that same day but easyJet told us that they would only pay the difference between the ‘flights, therefore, we’d have to pay for the rest ourselves which again cost £500 plus.

“Our only option left was to stay in Amsterdam for another night. We explained that we already borrowed money from our parents and families to pay for the first hotel because of the first flight they cancelled which cost us over €1000 and that we couldn’t possibly pay for another night in a hotel ourselves.

“This carried on for a while and we had no follow-up from EasyJet once again therefore we were left with no choice but to book another hotel ourselves.”

The travellers began to make their own way home.

Shannen commented: “Having no way home, our final, option was to stay in Amsterdam another night and the next day, get the Eurostar train which cost €205 each, from Amsterdam to Brussels, Brussels to London and then pay for a flight with a different airline from London to Dublin where we would then get the bus from Dublin to Belfast international airport to collect our car which we also had to pay over £50 plus extra for because it had been in the car park five days longer than it should’ve been.

“EasyJet tried to convince us to get an alternative flight with them from Amsterdam to London Gatwick which we refused due to the situation we had already been in for over four days.

“And thankfully we made the right decision in getting our own way home as that flight was also cancelled last minute as well as every other easyJet flight leaving Amsterdam.

“easyJet were absolutely no help throughout this nightmare that was supposed to be our Easter break holiday.

“We received no guidance or support, only excuses throughout the entire situation, excuses that were not good enough for leaving us stranded in Amsterdam for four extra days.”

A spokesperson for the airline commented: “easyJet can confirm that flight EJU6772 from Amsterdam to Belfast on 22 April was cancelled due to operating restrictions at Amsterdam airport caused by heavy winds combined with ongoing runway maintenance, which meant the inbound flight would have broken the airport curfew.

“Customers were advised of the cancellation via email, sms and our app using the contact details provided when booking. Where passengers have booked flights through a third party travel agent, we always ask third parties to ensure they pass on any important information to their customers.”

The spokesperson added to My Derry: “We did all possible to minimise the impact of the disruption for our customers, offering hotel accommodation where required and customers were able to transfer to an alternative flight free of charge, or receive a voucher or a refund.

“The quickest and easiest way for customers to book a hotel and transfer to an alternative EasyJet flight is via Manage Bookings or through the easyJet app.

“Due to limited hotel room availability in Amsterdam, unfortunately, we were unable to provide rooms for all customers and advised that anyone who sourced their own hotel accommodation will be reimbursed for any reasonable expenses.

“While this was outside of our control, we are very sorry for the inconvenience caused by the cancellation. The safety and wellbeing of our passengers and crew is our highest priority.”