Malaga province hit by hailstorms with more to come 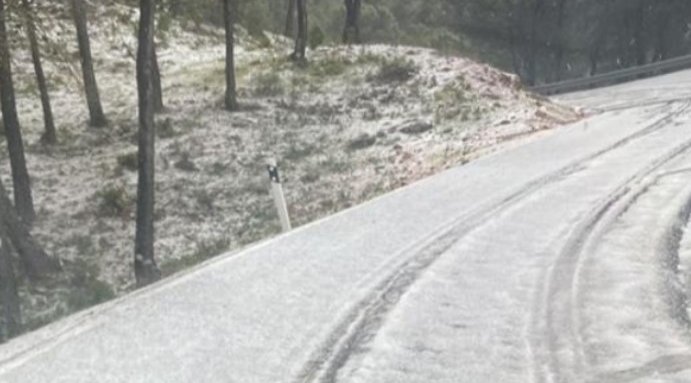 More hails storms and rain are forecast for Malaga province

Malaga province has been subjected to hailstorms again this Tuesday, May 3, mainly focused in different points of the Serrania. There was also a heavy torrent of hail for several minutes in some places in the urban area of ​​Ronda.

AEMET, the State Meteorological Agency suggests that there is more of this type of weather coming. The entire province remains under a yellow warning due to this atmospheric phenomenon, with the exception of the region of Axaquia.

On its website, AEMET warns of the possibility that a strong storm will probably bring hail to Malaga capital. The storm has been detected in the Guadalhorce, in the surroundings of Carratraca, and is currently heading south.

In Ronda, today’s hailstorm covered streets and terraces with white in just 15 minutes, although not all areas of the town received the same intensity. In the lower parts, it has only fallen mixed with the rain.

Another strong hailstorm reached El Torcal de Antequera this afternoon, covering the entire access road, to the point that a warning was issued from the site’s social networks warning of the danger of accessing the area at that time.

More hail is forecast for the province tomorrow, Wednesday 4. Skies will remain cloudy, with showers and storms predicted. These could be more intense and frequent in the afternoon and in the interior. They will be locally strong and occasionally accompanied by hail, without ruling it out also on the coast.

Minimum temperatures will remain unchanged, while the maximum will drop slightly. Winds will be from the west on the coast and variable in the interior, as reported by malagahoy.es.