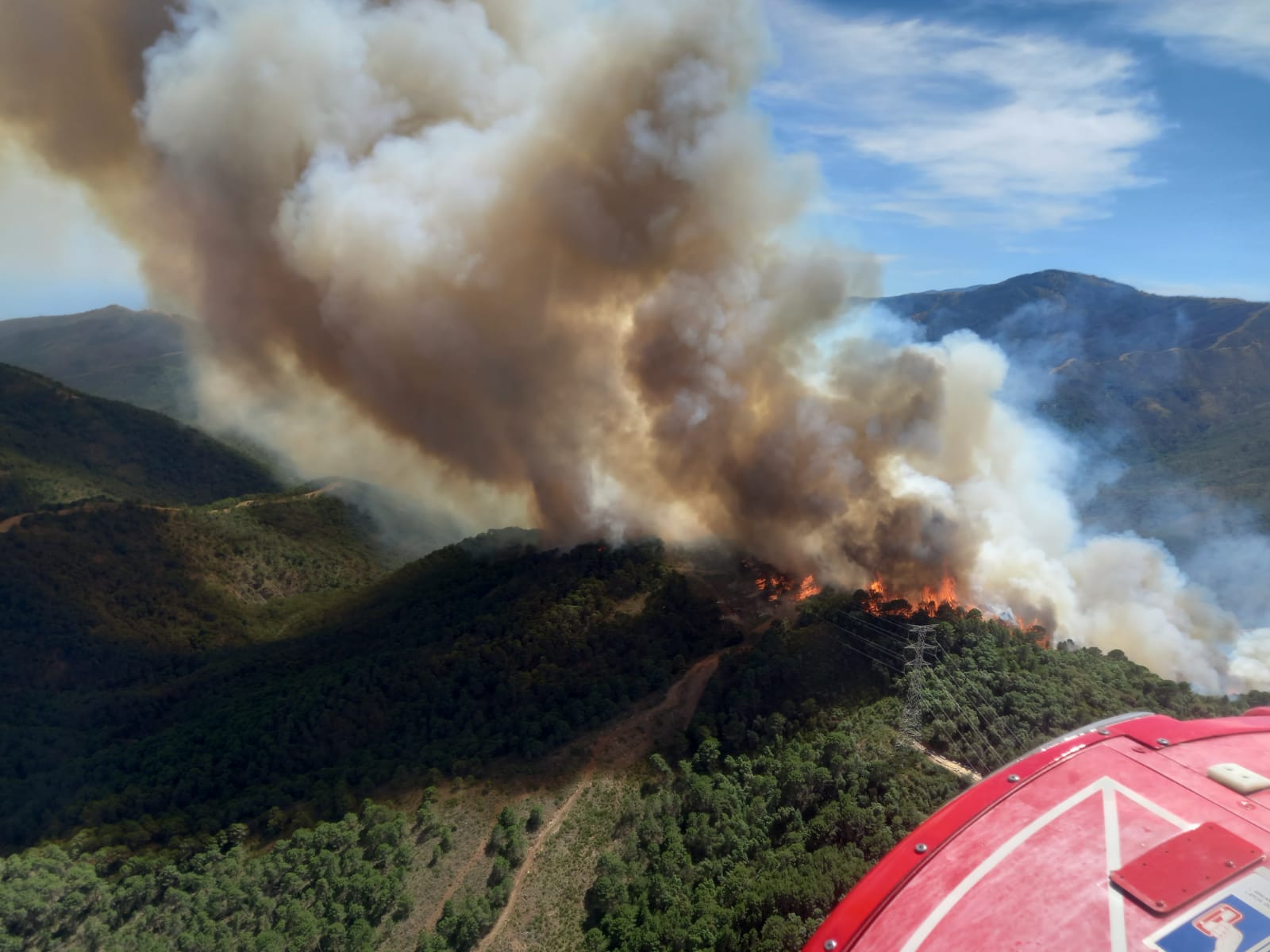 Troops have been working on controlling and extinguishing the flames from the Pujerra fire that began last Wednesday, May 8, which was stabilised on Friday, May 10, according to the Infoca Plan.

The fire is located in the municipality of Pujerra and spread through the Juzcar and Benahavis, with the eviction of up to 2,000 residents who have since returned to their homes.

The fire burnt around 3,500 hectares of scrubland.

The firefighting work yesterday consisted of “the opening of firebreak lines by land , supported by the lowering of the flame with the water launched by aerial means” and “finishing from the ground equipment” around the perimeter.

At around 8:30pm “20 aerial means, 200 people by land and 9 self-propelled vehicles” worked on the ground, with a number of troops continuing to work through the night.

According to the latest update Twitter, published at 10pm, the night troops are made up of “7 groups of forest firefighters, 4 fire engines, 4 BRICAS, 7 operations technicians and 4 environmental agents”.

The areas most affected have been on the “east, northwest and south” flanks, however, the fire service has specified that “the north may have hot spots” and the work has consisted of “cleaning the vegetation around those hot spots so that it does not continue advancing” and from the air “what has been done with the water is to lower the intensity of the flame that exists in those hot areas”.

The main difficulties have been caused by the wind, with “gusts of 40 kilometres per hour” registered and “the depth of the valleys of the mountain range is pronounced, so the water does not soak well into the vegetation”.

“The positive thing is that the fire is confined within a perimeter area, and what we are doing is putting out the hot spots and the flames that are” in it, while they have estimated that “ there may be days left for the fire to be considered controlled”.

The acting Minister of Agriculture, Livestock, Fisheries and Sustainable Development, Carmen Crespo said: “The commitment of all those who are working to control a fire marked by such abrupt terrain and with such dense trees is extraordinary, which requires a tremendous effort on the part of the forest firefighters,” and wished the speedy recovery of three firefighters injured by burns, of which one is still admitted to the Burn Unit of the Regional Hospital of Malaga.

The minister has again called for “maximum prudence and responsibility” to try and reduce the risk of forest fires “in a few days of intense heat that affects almost all of Andalusia.”

“Protecting and conserving the natural heritage of Andalucia is a collective objective of all Andalucians and those who visit us”.