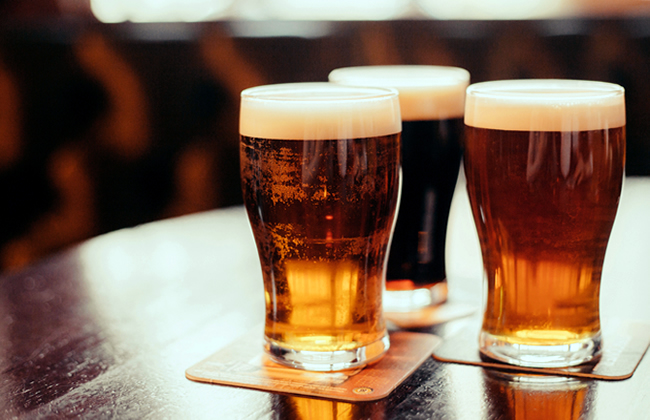 Workers from a huge brewery near Preston in England are due to take strike action, threatening a possible beer shortage.

As announced by the GMB union last Friday, July 1,  brewery workers at one of the country’s biggest beer brewing facilities will be going on strike later this month. This means the possibility of a beer shortage for British boozers this Summer.

Their industrial action will take place on July 16. On July 19 they will also down tools for a 12-hour period. After ongoing talks between @GMB_union and the Budweiser Brewing Group finally reached a deadlock, the union convened the strike, as reported by business-live,co.uk.

The international beer giant has been accused of ‘bully-boy’ tactics by union organiser, Stephen Boden. He claimed they threatened to withhold the workforce’s back pay unless they agreed to a ‘derisory’ offer of a three per cent pay rise by July 21.

"We will not be intimidated by their bully boy tactics"

“It’s disgraceful they would threaten to take money out of workers’ pockets during a cost-of-living crisis”, Mr Boden fumed. Budweiser’s offer amounted to a real-terms pay cut when you weigh up the inflation that is raging he continued.

“It’s not too late for management to listen to workers and get back round the table with us to work out a fair deal”, Boden added.

“Budweiser Brewing Group has a positive and long-standing relationship with the GMB, however, despite open negotiations, the GMB has confirmed that there will be additional dates for industrial action at our Samlesbury brewery”, said a spokeswoman for the Budweiser Brewing Group. She added that the company had already implemented plans to “minimise the impact to customers and consumers”.

The huge facility at Samlesbury supplies pubs and shops across Britain with hundreds of millions of pints of beer. It also brews numerous other popular beer brands including Boddington’s, Bass, and Brahma. There has already been industrial action at the Samlesbury facility in June.