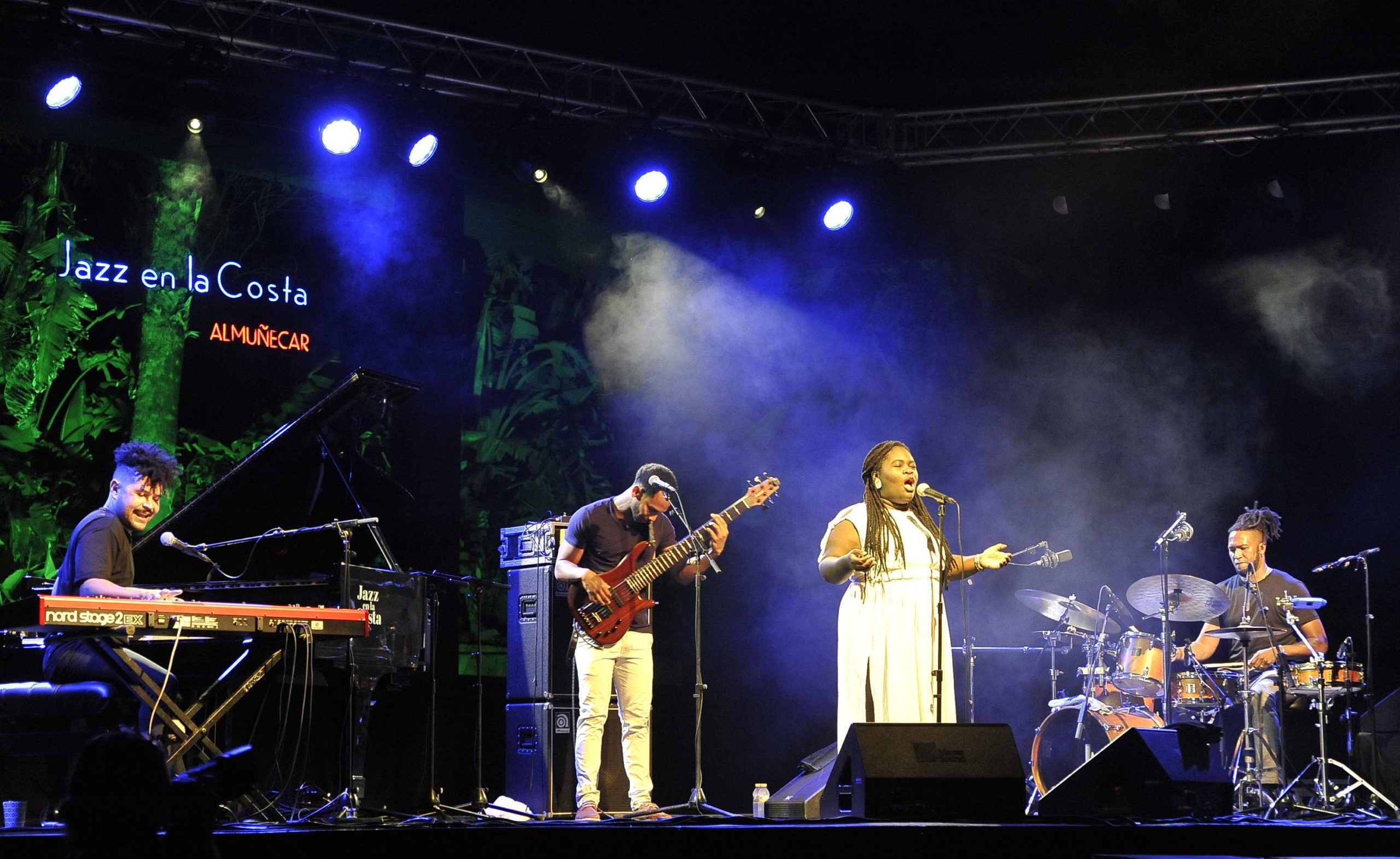 The Cuban singer Daymé Arocena blew the audience away with her magnificent performance at Jazz on the Coast in Almuñecar.

Expectations were high for the Jazz on the Coast festival in Almuñecar, held in the El Majuelo Park from July 19 to 24, and the electrifying performances from some of the top names in jazz did not disappoint. Just one of the spectacular performances came from the Havana-born singer Daymé Arocena.

Despite being small in stature, Daymé’s onstage presence is huge. Her songs, which are her own, combine traditional santería songs, rumba and guaguancó, and are heavily focused on percussion and pulsating bass lines. She captured the hearts of the audience so fully that by the end of the festival all of her records had been bought.

Barefoot and dressed in white, she began her performance by calling on a blessing from Yemayá, the goddess of the sea and women from the santería faith. She was joined onstage by a percussionist, a bass player and a very lively keyboard player. Daymé expressed her joy at being able to sing again, especially at an event as big as the Jazz on the Coast festival. Despite only having had a few days to rehearse, the band connected well with the audience and the performance was a resounding success.

Song after song, the singer showcased her wide-ranging and varied vocal abilities in Spanish and English. She has been dubbed by some as the next Celia Cruz, but she also has influences from Aretha Franklin, Sade, La Lupe, Nina Simone and Diane Reeves.

She easily won the audience over with her spirit, her great sense of humour, her good-heartedness and her desire to connect and even make the people in front of her dance (which she managed to do). The audience was left with the feeling that this woman is destined to be a huge figure in international music.