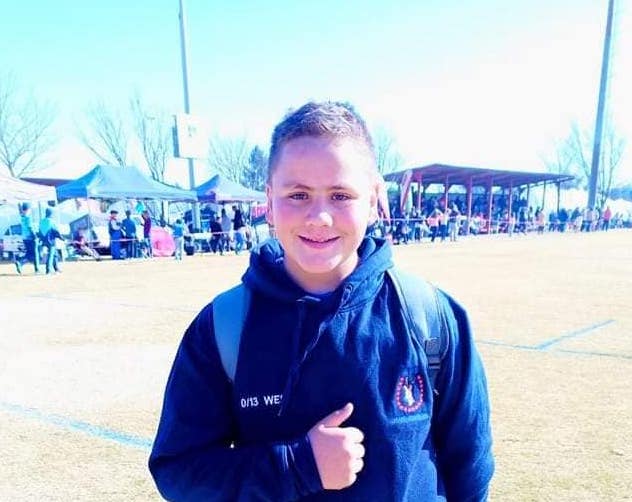 A 12-YEAR-OLD boy from South Africa, who suffered a cardiac arrest during rugby practice earlier in the week, is awake and talking.

Rick “Tank” Hendriks suffered a cardiac arrest on Tuesday, August 9, on a rugby field at Tuine-Grizzlies Rugby Club in Pretoria, South Africa. However, it has been reported by Rekord on Saturday, August 13 that he is now awake.

According to his rugby coach, Nico Diedericks, “We are all incredibly relieved to see him conscious and talking.”

“We can only thank God that he is OK and didn’t suffer any brain damage.”

The scary incident happened when Rick was running laps around the field.

Owner of the club, Jaco Olivier, said at the time: “The player, who is part of the junior rugby club, went into cardiac arrest while running around the field.

“One of our coaches initiated CPR on the boy until emergency services arrived.”

It was actually Nico Diedericks and his brother AJ that initiated the cardiopulmonary resuscitation.

“After about three minutes, Rick regained consciousness and started vomiting and I turned him on his side,” said Diedericks at the time.

An air ambulance was called and the young boy was airlifted to the hospital.

“The patient was defibrillated and CPR was resumed until he regained his own heartbeat,” Emergency Medical Service spokesperson Xander Loubser said at the time.

“The child was revived and was airlifted shortly afterwards to hospital by NetCare911 HEMS.”

“Granny’s bull/ springbok Rick Hendriks, my love lives for his rugby. My love, you are very sick after my child went into cardiac arrest yesterday (9/8/2020) at Grizzlies rugby club.

“Thank you to everyone who assisted him, and good luck to mummy, daddy and brother.

“Our prayers will carry you through and Jesus will quickly heal you completely. Love you all so much,” wrote Marietjie Botha.

The near-fatal incident comes after news that a 20-year-old tragically lost his life after suffering a cardiac arrest.

Djouby Laura, a 20-year-old footballer who played for USC Roura, died of a cardiac arrest he suffered during the club’s training session late on Thursday, August 11.